Seven hundred years ago the Lithuanian grand duke Gediminas used this symbol on letters inviting Jews to come settle in Lithuania and contribute to the creation of the state.

Over many centuries Lithuanian Jews–Litvaks–considered themselves citizens of the Grand Duchy of Lithuania and worked to improve the state in common with ethnic Lithuanians and the other peoples who lived here.

In 1919 and 1920 Litvak members of the Union for Liberating Independent Lithuania rose up under this banner to fight for the freedom of their country and many of them perished fighting under the Lithuanian-Jewish battle flag decorated with the columns of Gediminas.

SYMBOL OF THE UNION FOR LIBERATING INDEPENDENT LITHUANIA

After many decades of occupation, after Lithuania had regained independence in 1991, Lithuania’s Jews again actively contributed to the creation of the state and fought for Lithuania’s recognition in the world. That there are episodes in the most recent history of Lithuania involving the use by individual, marginal pro-Nazi elements of the symbol to promote their own extremist ideologies in no way erases the significance and meaning of the symbol used for 700 years as a symbol of membership and belonging including the Jewish citizens of the state. If the brutal white armbanders donned an armband with the columns of Gediminas instead of a swastika when they went to kill Jews in Lithuania in June of 1941, killing in total 95% of Lithuanian Jews, then they demonstrated their own ignorance of the state and the symbol used to invite Jews to settle in Lithuania 700 years earlier. What other symbol more accurately and full represents the whole history of the Jews of Lithuania?

Today the columns or posts of Gediminas are part of the national heraldry of independent, democratic Lithuania, a member of the EU, NATO and a number of international organizations, and no one is now claiming Lithuania is a state with a Nazi regime in power.

The spreading of irresponsible, malicious and ignorant claims either inside Lithuania or abroad that this symbol of the Lithuanian state is somehow a “Nazi symbol” does harm to Lithuania’s reputation, is an attempt at sowing ethnic discord and is aimed at setting Jews against Jews in Lithuania.

The Lithuanian Jewish Community rejects this sort of and similar claims, tendentiously and without foundation casting aspersions on this Litvak symbol officially registered as a trademark in 2017 at the Lithuanian Justice Ministry and which combines two symbols of identity, the menorah and the columns of Gediminas. 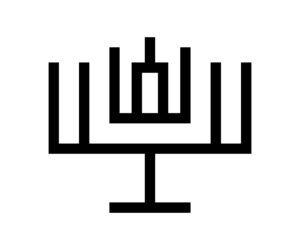 This symbol, intended to identify Lithuanian Jews with content expressing the history of the Jews in Lithuania, is being employed by the central Bank of Lithuania on a coin commemorating the year 2020 as the 300th anniversary of the birth of the Vilna Gaon and as the Year of Litvak History in Lithuania. 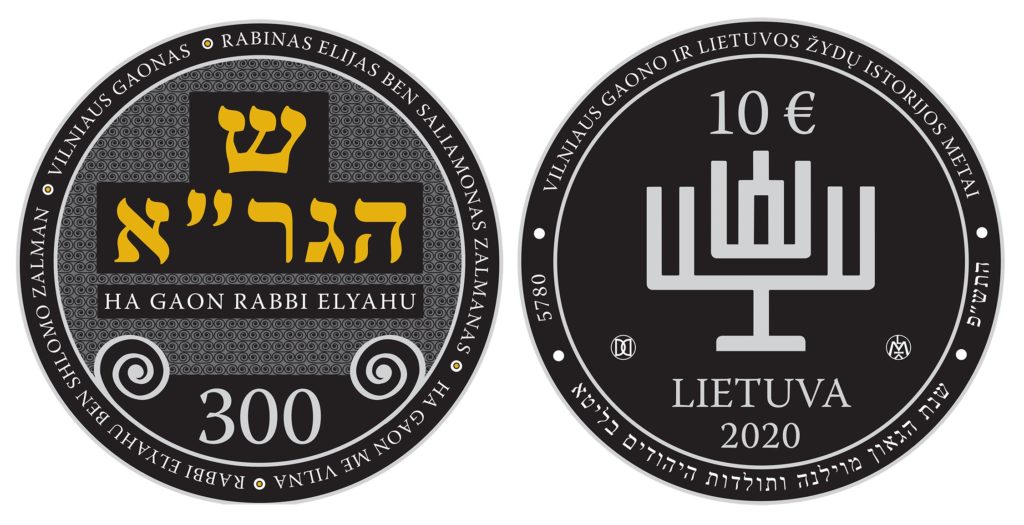