The Bank of Lithuania is planning to issue a coin commemorating the 300th anniversary of the birth of the Vilna Gaon in 2020.

It will bear an inscription in Yiddish and Lithuania, the phrase “Vil, Nor Goen,” which is a Yiddish pun meaning: if you want, you, too can become a genius, or gaon (sounds like “vilner Gaon”). “Gaon” originally comes from the word “genius” in Greek and traditionally refers to the Jewish exarch or spiritual leader in rabbinical Judaism. The Vilna Gaon is the latest and best-known of these figures.

The reverse side of the coin features the Hebrew letter shin, which also means 300. The letter shin is featured in well-known portraits of the Gaon wearing phylacteries. The shin on the phylacteries means that besides the Sabbath, the Jewish year has 300 days devoted to prayer.

Under the letter shin there is the Hebrew acronym HaGra, short for Gaon Rabbi Elijah, a universal appellation for the Vilna Gaon.

The letters shin and HaGra are emphasized in gold using tampographic minting techniques. The Gaon’s full title and name, Rabbi Eliyahu ben Shlomo Zalman, circle the edge of the reverse side in Lithuanian and Hebrew.

The obverse side features a novel symbol for Litvaks incorporating a Lithuanian symbol of state from the Grand Duchy. The nominal value of the commemorative coin, 10 euros, is displayed above this symbol. Circular inscriptions around the edge read :Year of the Vilna Gaon and Lithuanian Jewish History” in Lithuanian and Hebrew, with the Jewish year 5780 in raised characters between them.

The designers of the coin are Viktorija Sideraitė-Alon, Jūratė Juozėnienė and Albinas Šimanauskas. It is scheduled for release in the second quarter of 2020 and is being minted by the Lithuanian Mint. Each coin is alleged to contain 0.69 ounces of sterling silver, worth just under 10 euros at current metal prices. 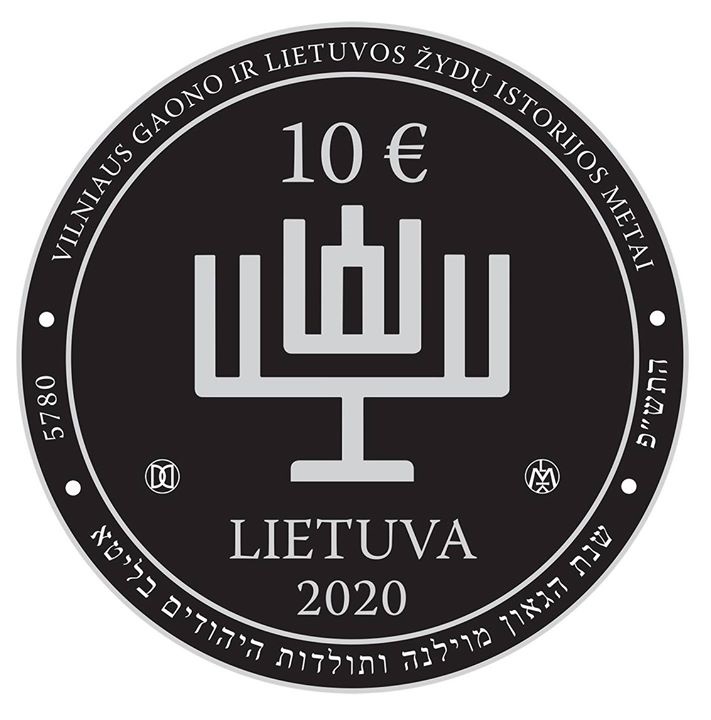 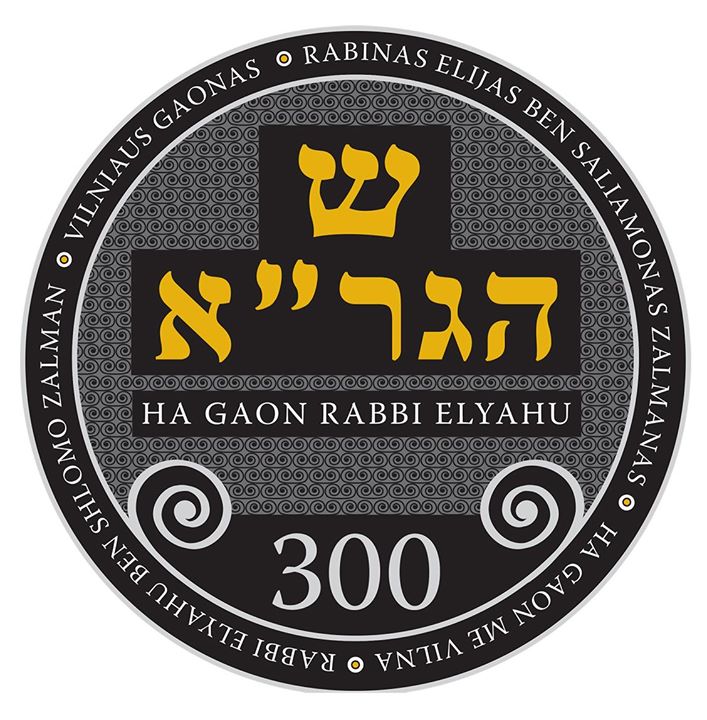 Both sides of the coin, graphic representation of Bank of Lithuania proof set