A week before Lithuania marks its Day of Remembrance for Jewish Victims of Genocide in Lithuania, a swastika appeared on the sidewalk close to the main entrance of the LJC at Pylimo street no. 2, where some LJC security cameras are pointed.

Who did it and why? As Sergey Kanovich has written:

“It’s not really bad now is it? After all good come quickly after… and it was created by heroes. What after this, a broken window, a match? When the authorities remain silent, evil doesn’t sleep.”

There is no other Jewish community in Europe where the state doesn’t provide protection and security. 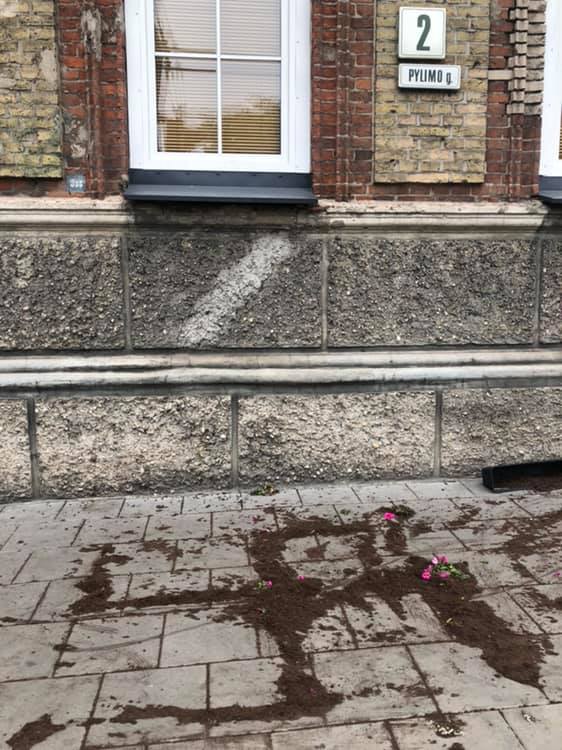