The project “Doors Are Opening” was dedicated to commemorating life in Merkinė during the period between the two world wars, when the majority of the population was Jewish. Before the Holocaust Jews accounted for about 80% of inhabitants. The old Jewish doors were donated for the celebration.

“It’s normal not to want to talk about the painful past, but it’s abnormal if we try to live our lives as if none of those experiences ever even existed,” Mindaugas Černiauskas, the director of the Merkinė Regional History Museum, said.

The doors made by a Jewish craftsman from Merkinė were discovered and conserved by Povilas Rauga, and Margiris Bužinskas, a local handyman, prepared them for exhibition. His brother Žygimantas was behind the exhibit. Žygimantas is a museum specialist and educator. Museum director Mindaugas Černiauskas supervised the project with support from the Cultural Council.

Žygimantas Bužinskas, trained as an archaeologist, is interested in architecture and his home town, Merkinė. He has researched what the town looked like before World War II, when it was ruined by aerial bombardment and the 24 or so buildings around the central square were reduced to ash. The Vasa palace was also destroyed. Piecing together pre-war photographic images, Bužinskas has recreated how the public square really looked. The square is currently named after the interwar Lithuanian pilots Darius and Girėnas, but before 1933 when the pilots crashed and died it was called Market Square.

The red-brick Talmud-Torah school is still standing in the center of Merkinė, and next to it is the Klois synagogue. Part of the a three-building synagogue complex, the wooden Beit Midrash synagogue used to stand next to the Klois. Of the three, only Talmud-Torah remains untouched by fire. It was built by Merkinė Jew Harry Fishel, who moved to the United States after World War I, where he made his fortune and was an active member of the board of various Jewish organizations. Fishel came back to Merkinė in 1923 to visit the graves of his parents and set up a monument to them in the town. He also decided to build a school as a gift to his home town. The Great Synagogue there had been destroyed in the war, so the school was built on that site next to the Klois synagogue built in the late 19th century. It’s difficult to imagine that time when the small town had three working synagogues.

The current plan is to move the kindergarten into the Talmud-Torah school building. The Klois, damaged by bombing during the war, was turned into a sports gymnasium in the Soviet era. Currently it is a performance and events space for the primary school.

There is a plan to commemorate famous Merkinė Jew Dovid Eliyahu Stoun (real surname Tselestayn) who left Merkinė for Massachusetts in the USA where he was elected to the House of Representatives. By his initiative the Commonwealth of Massachusetts recognized Lithuanian independence in 1919, earlier than the federal US government. When the statue is erected, it will be yet another monument to the Jews of the shtetl, known as Meretch in Yiddish.
There is a Jewish cemetery in Merkinė maintained by the aldermanship and volunteers. Currently the town is setting up information signs for visitors.

The Doors Open project reminds viewers what Merkinė was and could have been during the interwar period. Painted bright white on one side and left unrepaired and rough on the other, the doors point to a bright future through cooperation for the town.

Žygimantas Bužinskas has been interested in the history of the town and of Jews since primary school. He told visitors at the ceremony the current population is constituted of people from neighboring villages and that Merkinė was reconstructed after the war by the Soviets without regard to the historical importance of the location. He said the buildings built around the town square were typical Soviet style but atypical for the town’s style. Pointing to the perimeter of the square, he told the audience to consider all the empty spaces, something which never existed around Market Square before World War II. “It is clear now in the urban sense that this is abnormal. In the sense of urban planning, Merkinė is really still under post-war conditions,” Žygimantas Bužinskas said. Merkinė was a progressive Lithuanian town in the interwar period, the first to provide centralized water and electricity in the Alytus district.

Lithuanian Jewish Community chairwoman Faina Kukliansky spoke at the event and told the audience her father’s side of the family came from Veisiejai, Lithuania, so she is able to present herself as an ethnic Dzūkian. Merkinė is located in the heart of Lithuania’s Dzūkija ethnographic/dialect district. She commented often important events are accompanied by pompous speeches, whereas the humble Merkinė celebration and the Doors Are Opening installation were surprising not just for their sensitivity but also for the wonderful way in which they commemorated the former Jewish residents.

It is believed some of the first inhabitants of Lithuania settled in Merkinė at the confluences of the Nieman, Merkys, Stangė and Strauja rivers in the 9th or 10th century B.C. as the Paleolithic Age drew to a close in northern Europe. Historians sometimes say the town was founded by Vikings.

Kings and dukes once hunted the forests around Merkinė where the bells of four Catholic churches and an Orthodox church once rang out, where monks at the monastery taught Latin, poetry and rhetoric, where from the early 17th century Jews went to synagogue and where the magistrate once sat in the old town hall and the most beautiful women of Lithuania and Europe danced in the halls of the palace.

The castle was where Vytautas and Jogaila wrote the Magdeburg charter for the city of Vilnius in 1387. Many Lithuanian grand dukes granted special rights to the town of Merkinė. In 1569 king of Poland and grand duke of Lithuania Sigismund II Augustus granted Magdeburg autonomy to the town and confirmed the town’s coat of arms, a white unicorn with a golden horn and hooves, red tongue outstretched, on an azure field. King of Poland and grand duke of Lithuania Władysław IV Vasa died in Merkinė in 1648. 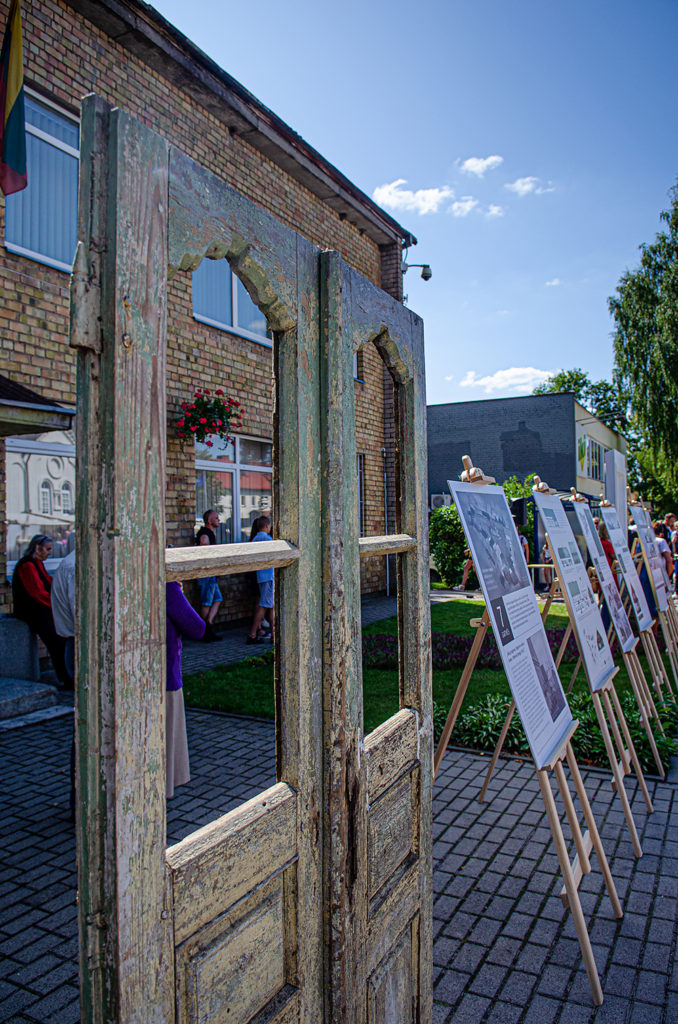 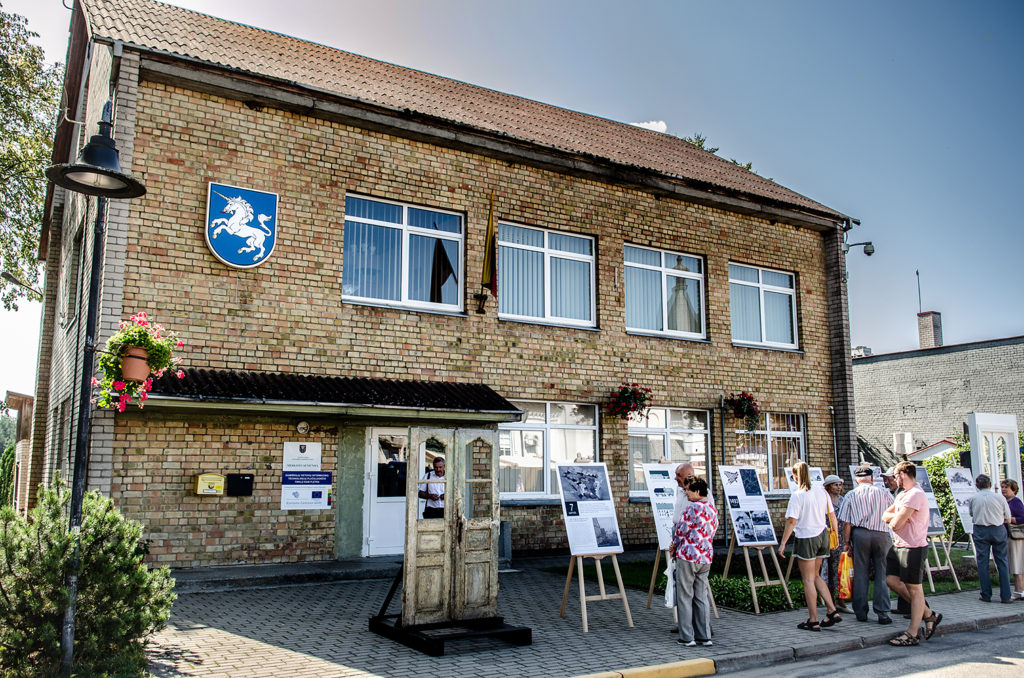 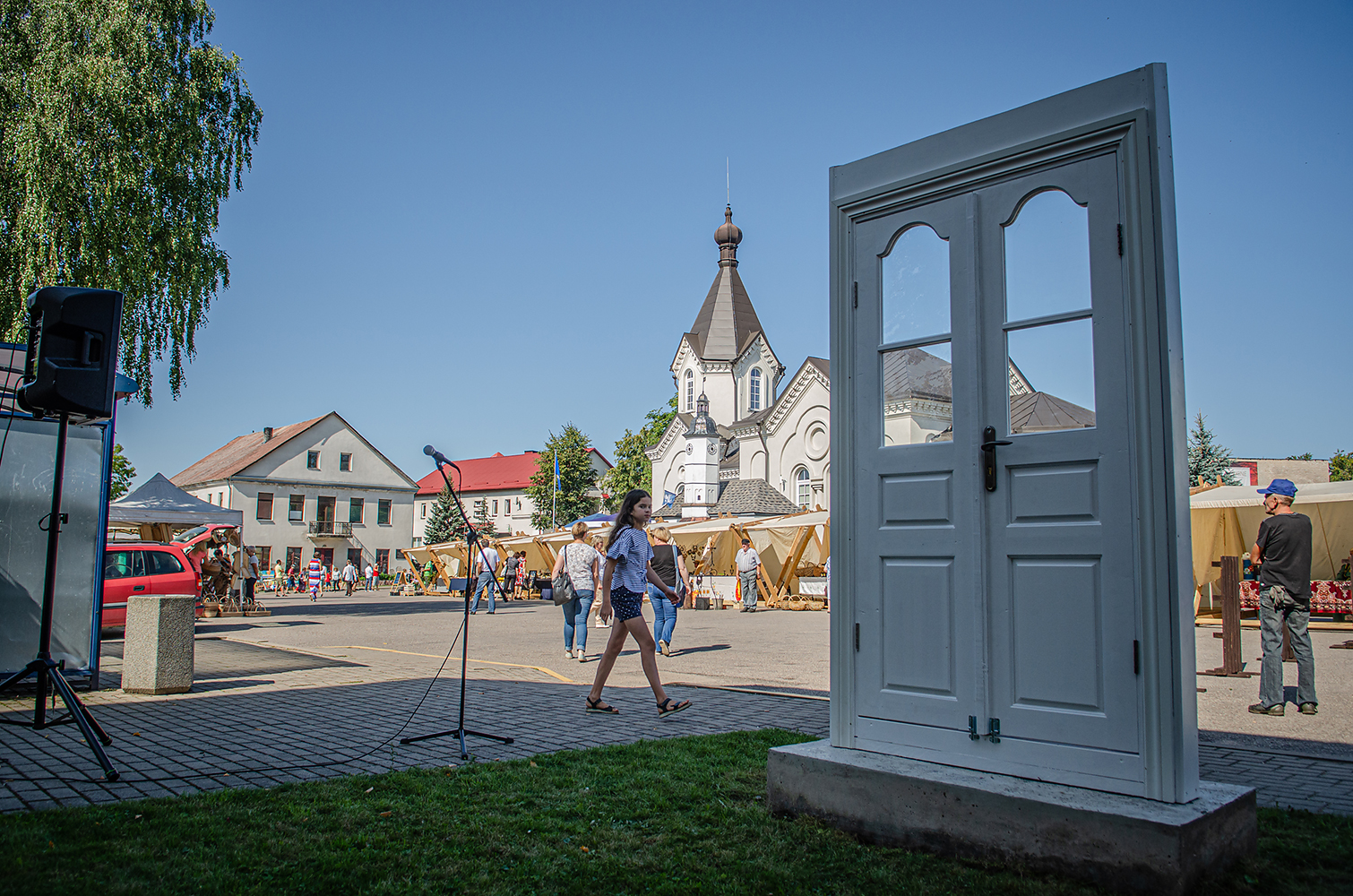 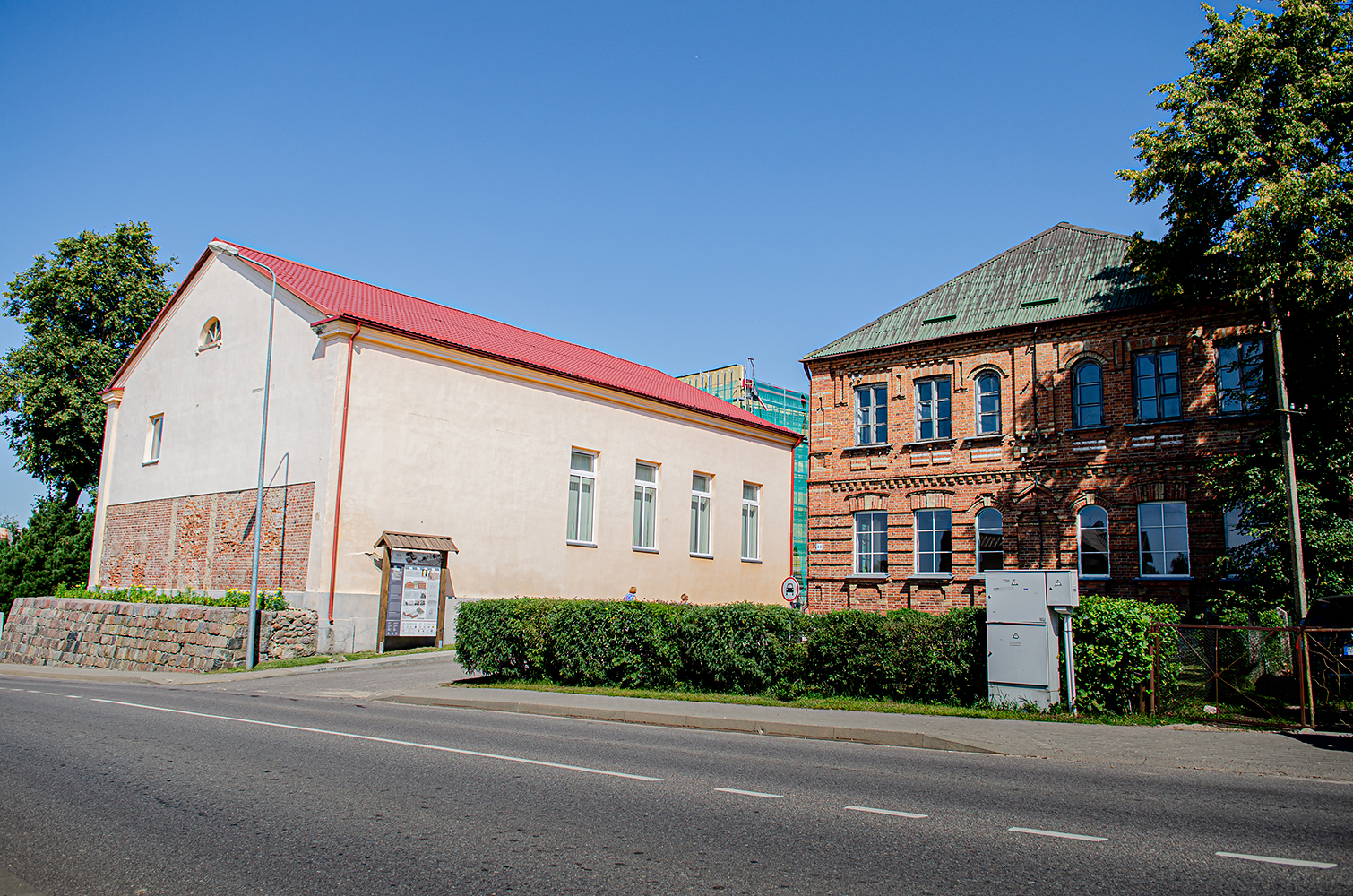 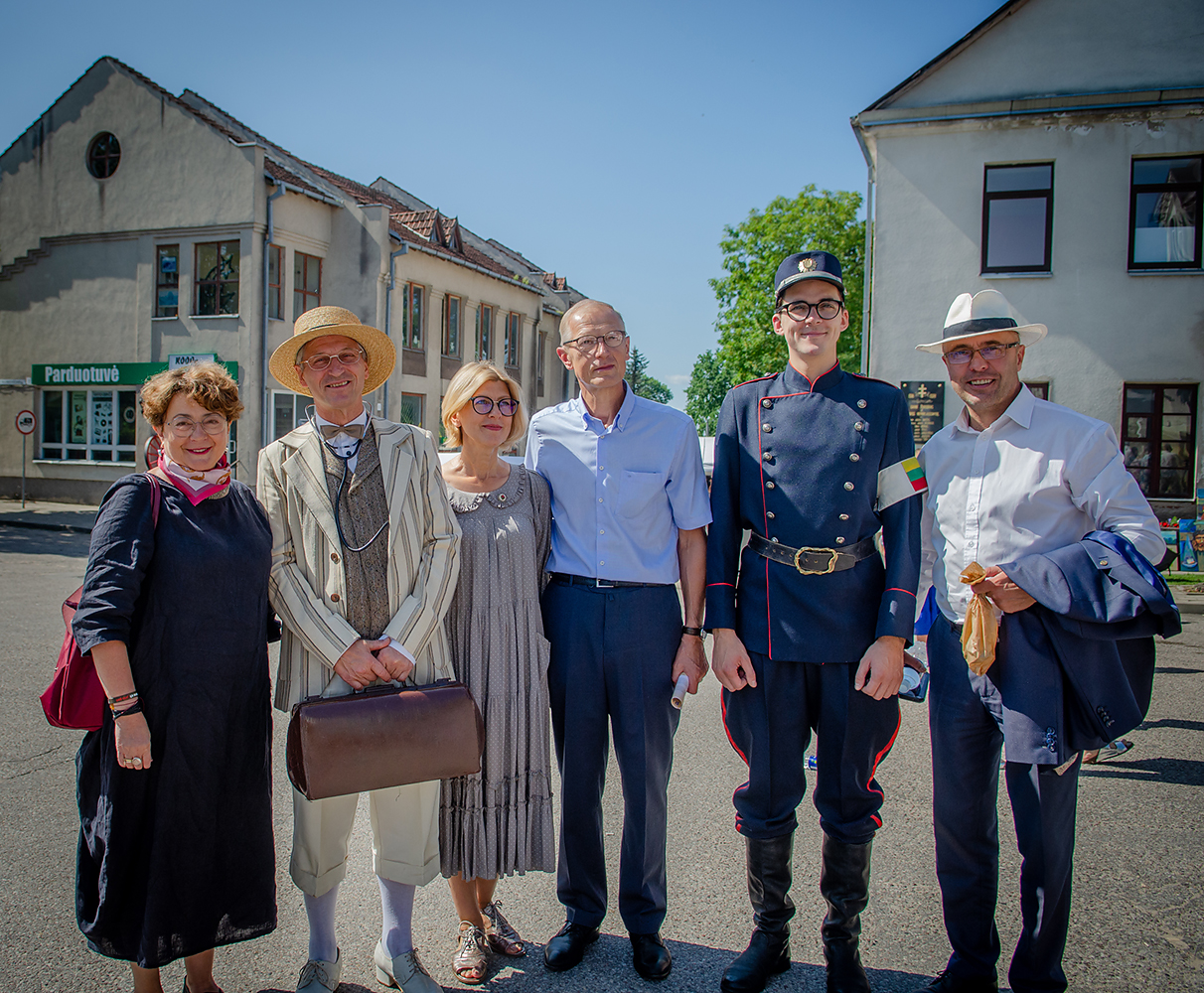 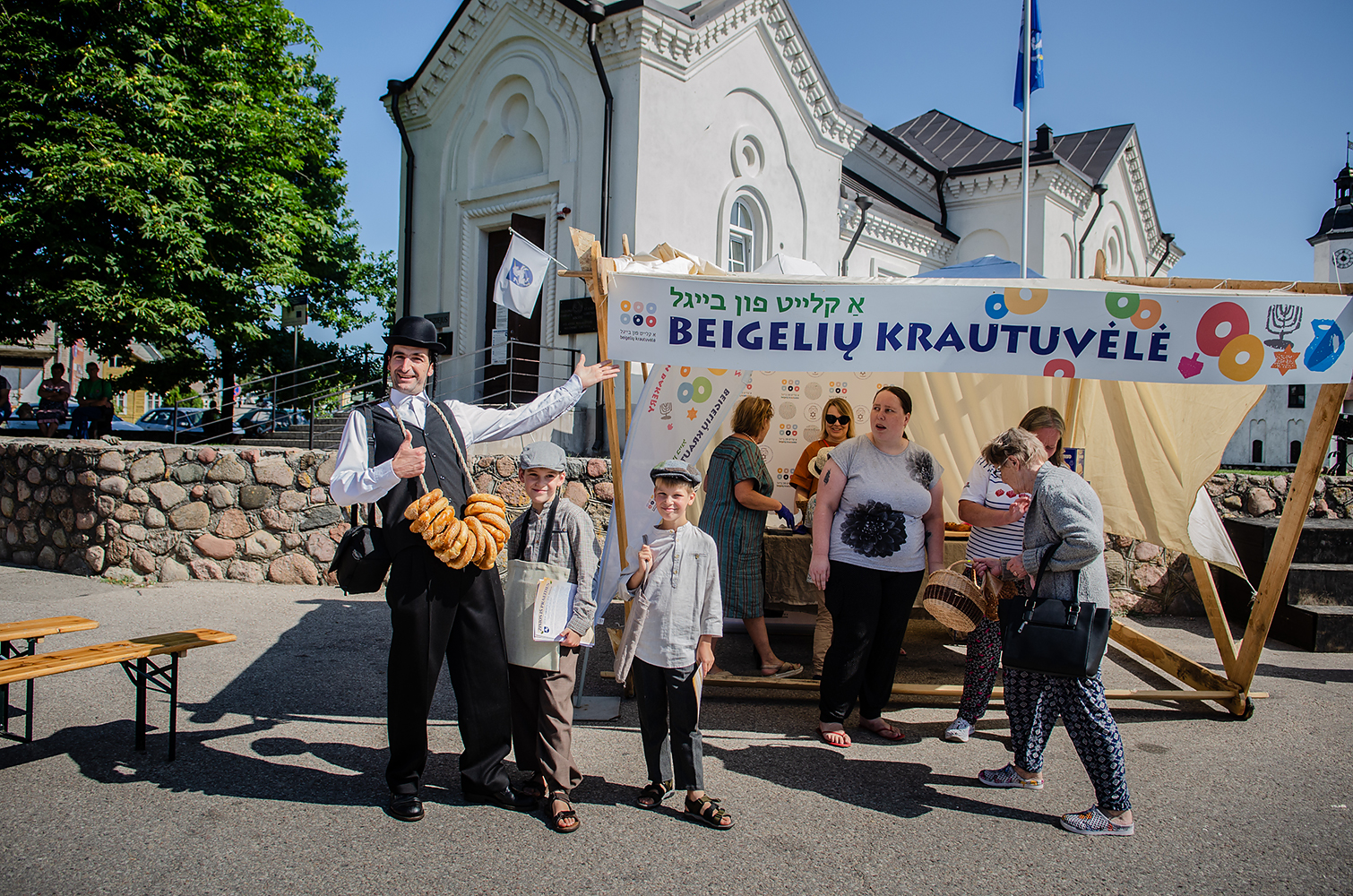 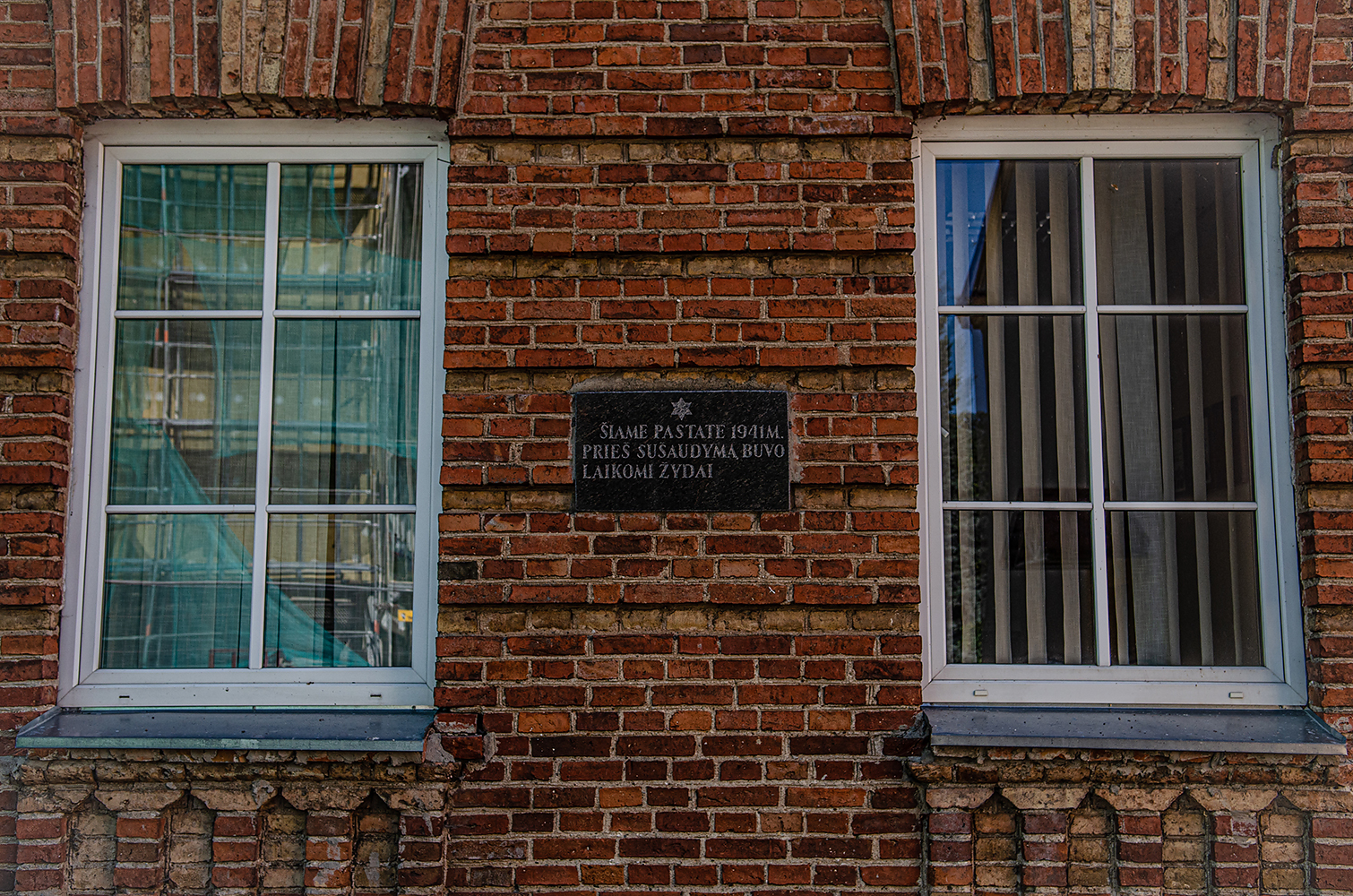 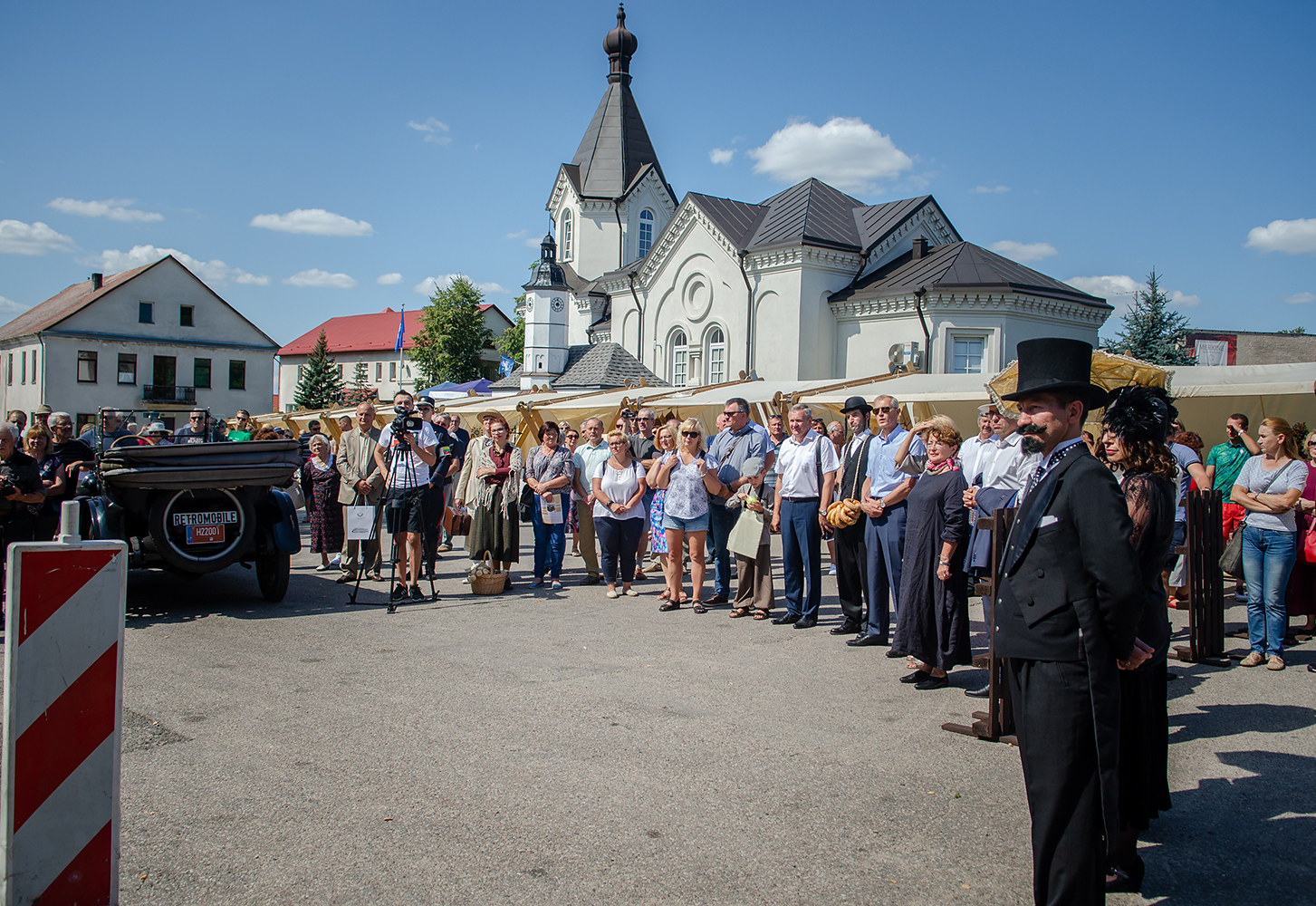 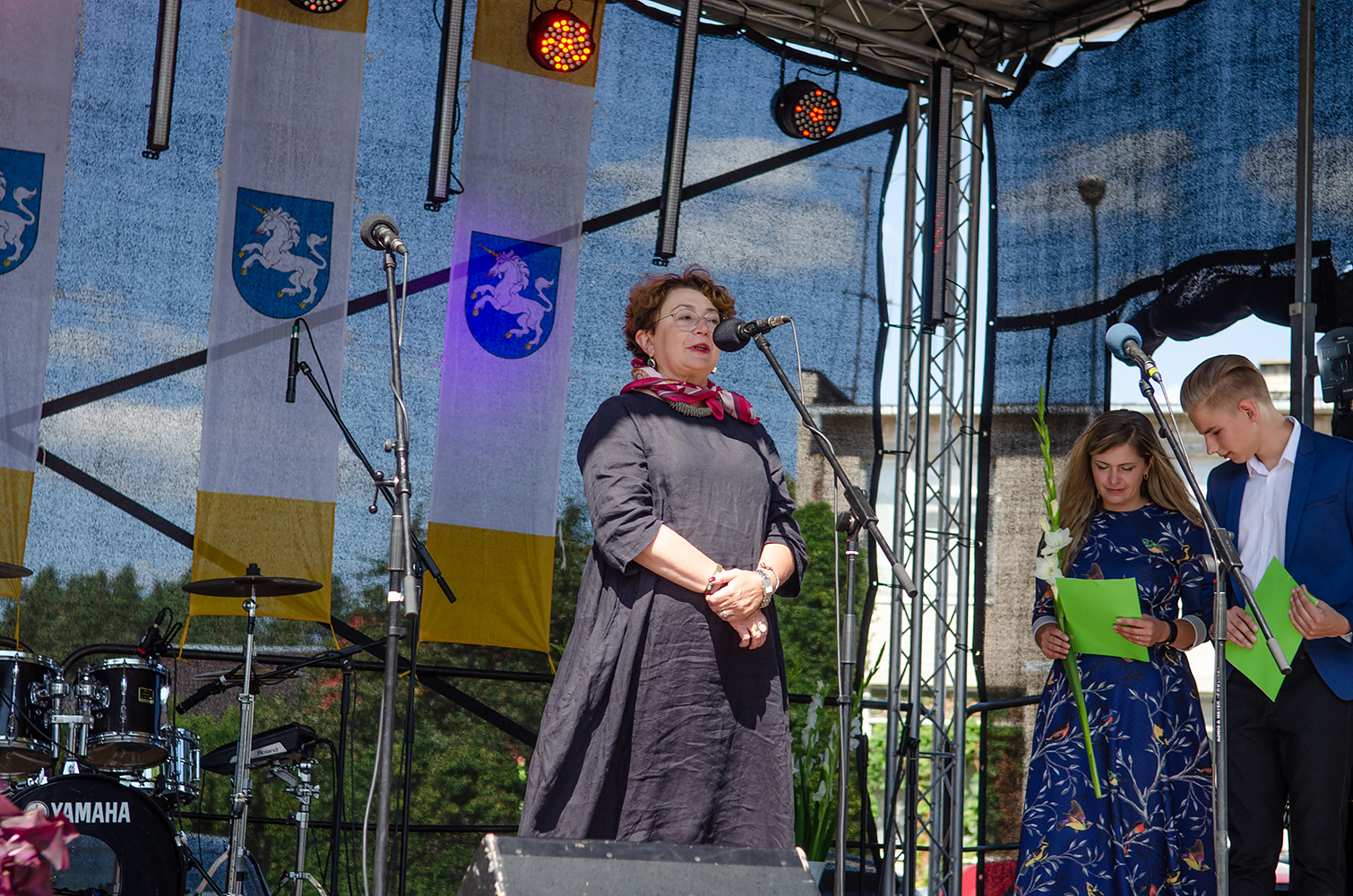 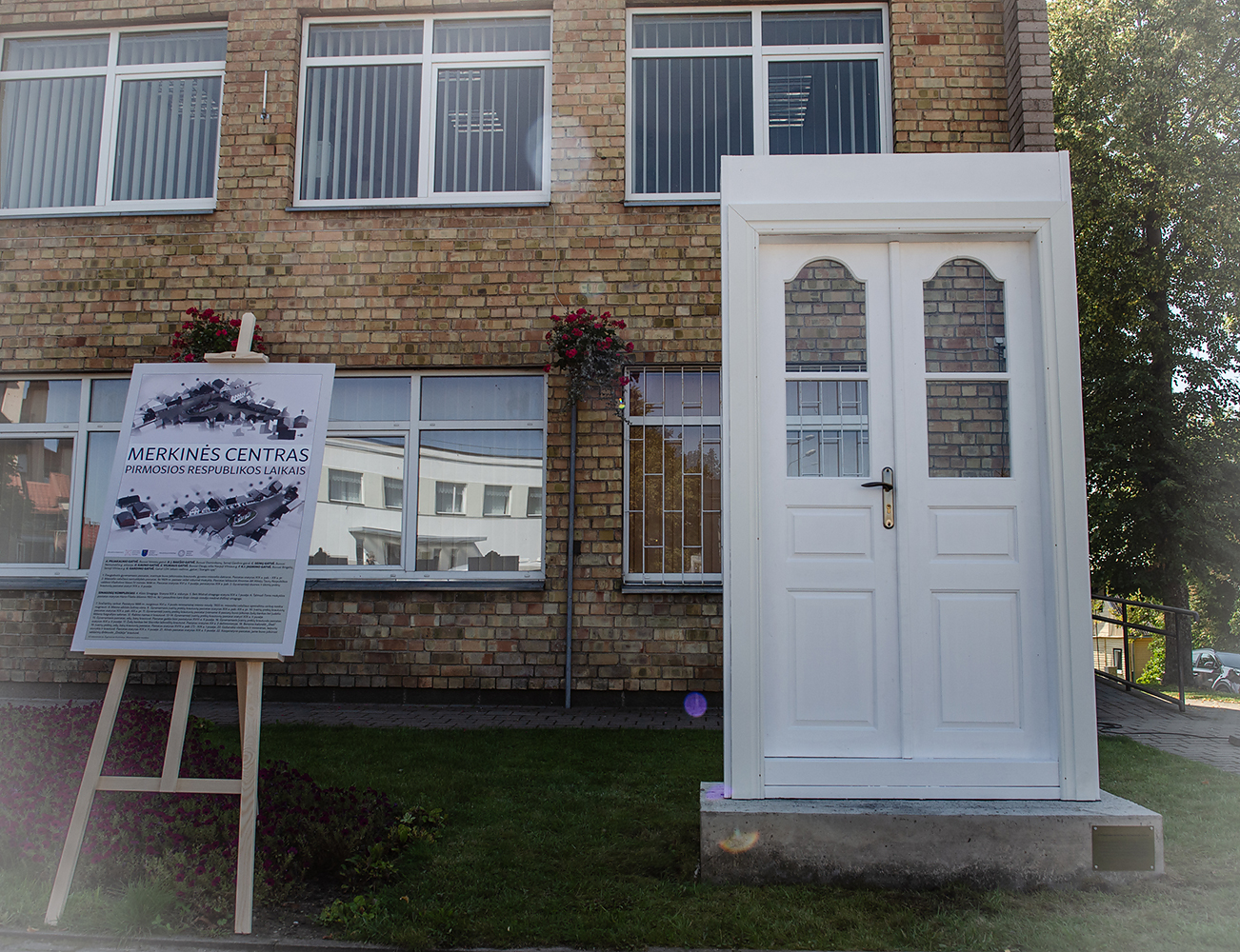