For a number of years now the Lithuanian Jewish Community has been inviting artists and special guests to celebrate Sabbath with the community. Last Friday LJC executive director Renaldas Vaisbrodas presented Lithuanian designer Agnė Kuzmickatė to members. She holds a doctorate and is sometimes called butterfly queen because of her use of her butterflies in her designs.

Renaldas led the discussion and tendered questions to the famous young designer, starting with questions about her family. Her father is the philosopher Bronislovas Kuzmickas, PhD, who was a founding member of Sąjūdis, the Lithuanian independence movement, who went on to become a member of parliament, a signatory to the Lithuanian declaration of the restoration of independence and served as deputy to parliamentary speaker Vytautas Landsbergis.

Agnė Kuzmickatė’s mother, Leonarda Jekentaitė-Kuzmickienė, is also a philosopher with a doctorate in the liberal arts and when she was younger was widely known as a television hostess. She earned a doctorate in philosophy after her television career. She was also the secretary-general of the Lithuanian National UNESCO Commission immediately following independence from the USSR. She has published a monograph entitled “Froidizmas ir humanistinė psichoanalizė” [Freudism and Humanist Psychoanalysis] and the textbooks “Etika” [Ethics] and “Žmogus tarp žmonių” [The Person among People].

Agnė Kuzmickatė’s use of the butterfly motif dates back 10 years and is widely recognized as her trademark. Her “butterfly line” work has provided her a living. She says she does best working as part of a team on various projects. She creates things for women and for her husband, the artist and composer Saulius Prūsaitis. She says she’s inspired by new ideas, successful artists and people who have found their place in their own time and have manifested themselves. She told the audience the important thing is to choose the right field for oneself, and then the ideas come of themselves. She has created costumes for over 20 plays including a version of Hamlet, and has worked with the famous director Oskar Korshunov as well as Jonas Vaitkus and Gediminas Šeduikis. She also did design for the Donizetti opera L’elisir d’amore and Strauss’s Bat at the Opera and Ballet Theater in Vilnius.

Informal discussion continued after the lighting of the Sabbath candles at dinner. 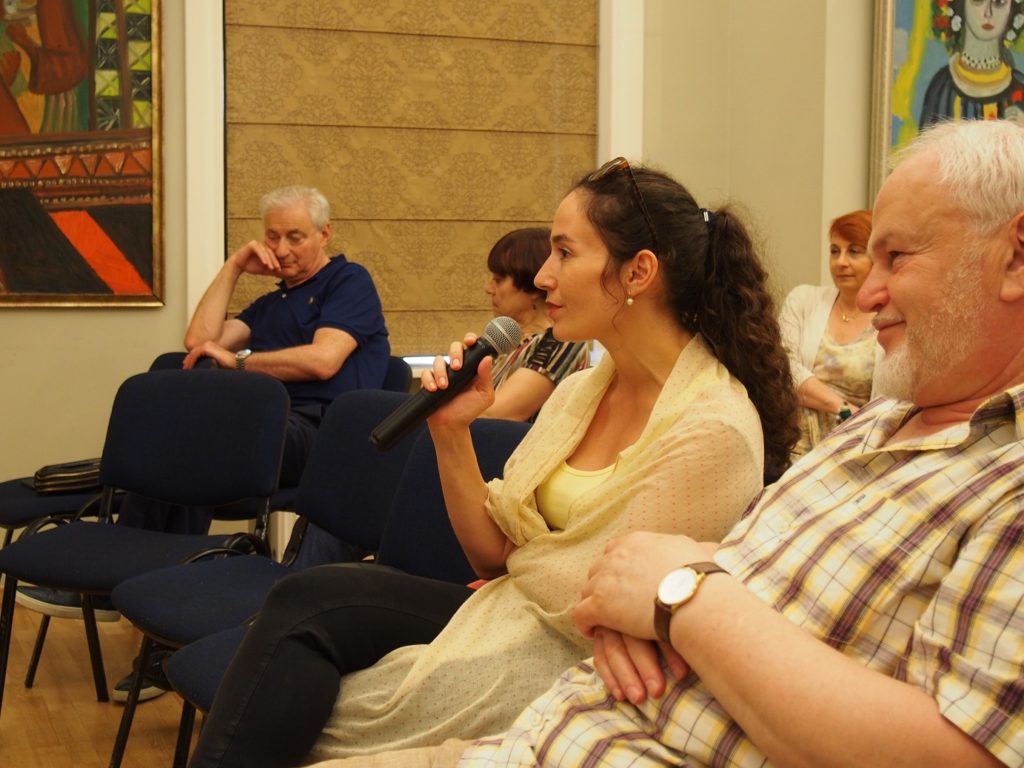 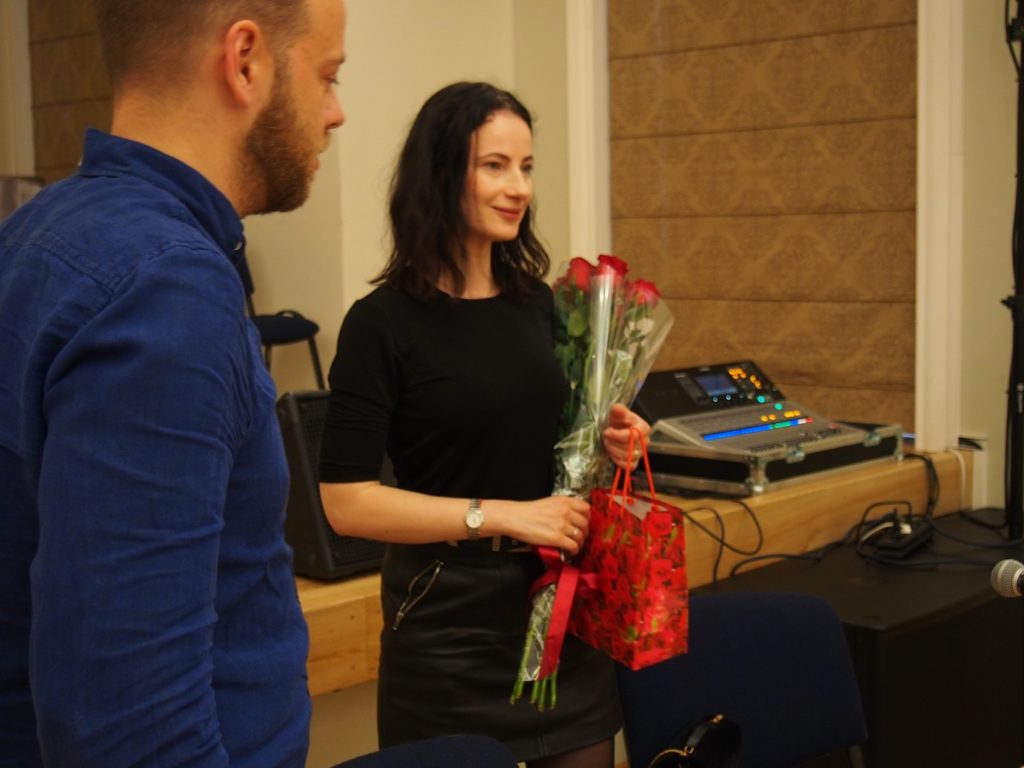 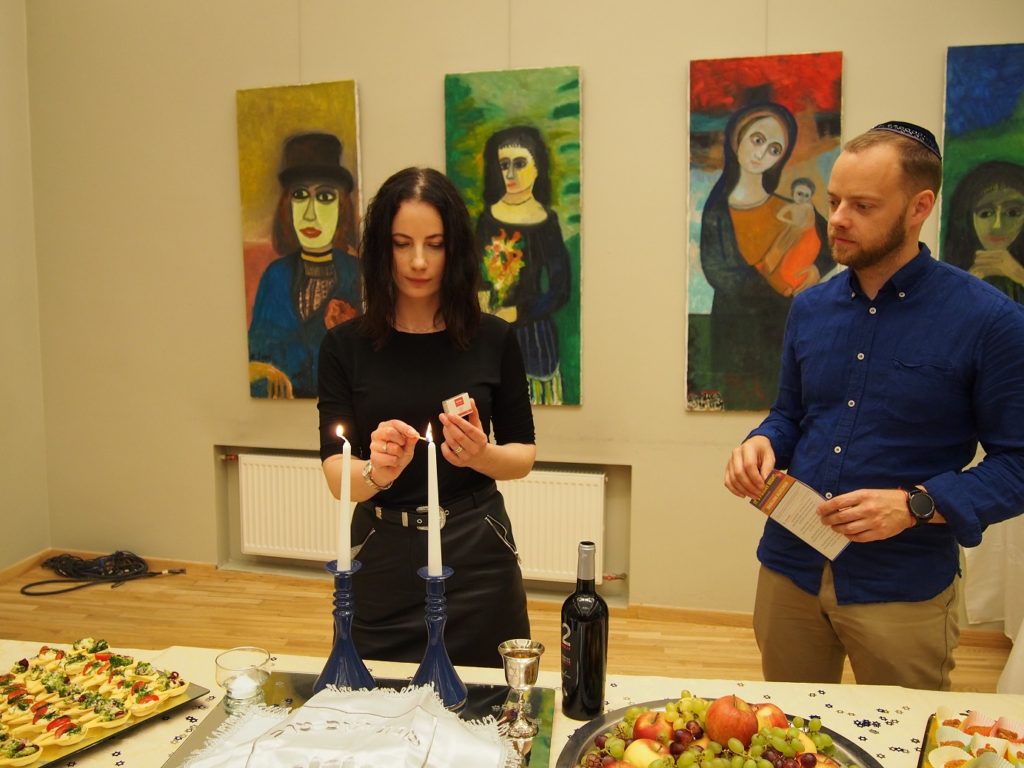 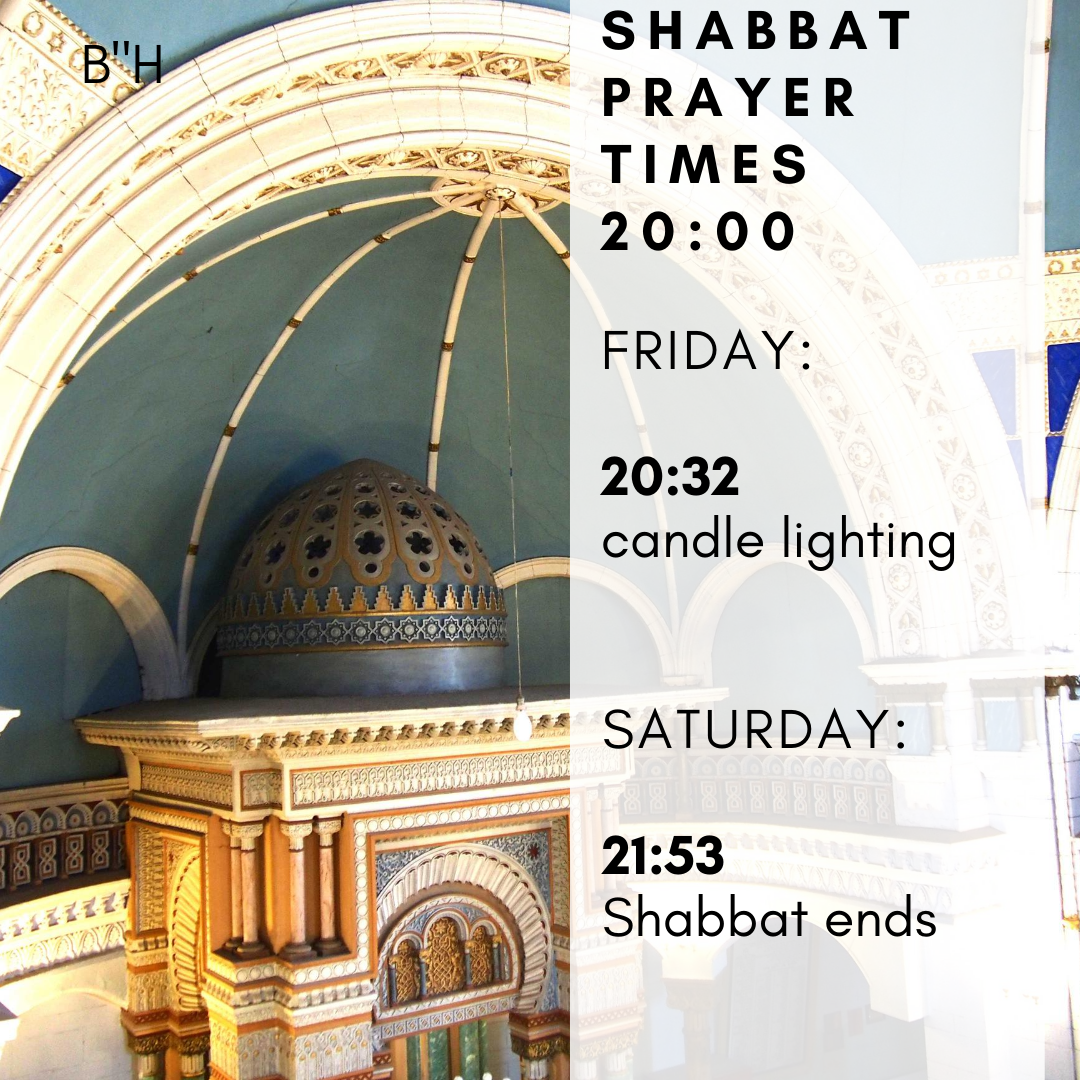