The Sugihara Foundation/Diplomats for Life awarded director Gintaras Varnas Tolerant Person of the Year for 2018 and presented their Leonidas Donskis prize to publicist Pranas Morkus at the Catholic Theology Cathedral of Vytautas Magnus University in Kaunas February 24, 2019.

Varnas was selected for the prize for his search for alternative language for theater and plays, especially in his latest works, Nathan the Wise and Ghetto, performed at the Kaunas State Drama Theater.

Varnas said his first reaction was complete surprise. “When I’m working I never think about these kind of things,” he said, adding he experiences a conflict in contemporary theater which often becomes nothing more than a way to make an audience laugh. “I am glad real theater is still needed, theater which discusses uncomfortable things, which speaks the truth,” Varnas said as he accepted the prize.

Marius Ivaškevičius won the award last year for 2017 for his work commemorating the Jews of Molėtai, Lithuania. His essay “I’m Not Jewish” remains one of the most popular items ever on the English-language webpage of the Lithuanian Jewish Community. He was contacted by the Vilnius District Senior Police Department in February regarding an interview he gave on Lithuanian public radio on December 28, 2018, in which he allegedly said “We have pushed out the Poles, we have pushed out and murdered the Jews.” The message from the police requested he come in for an interrogation for possibly slandering the Lithuanian people and sowing ethnic discord against Lithuanians and provide an explanation of his words to the police.

The Tolerant Person of the Year prize has been awarded since 2001. 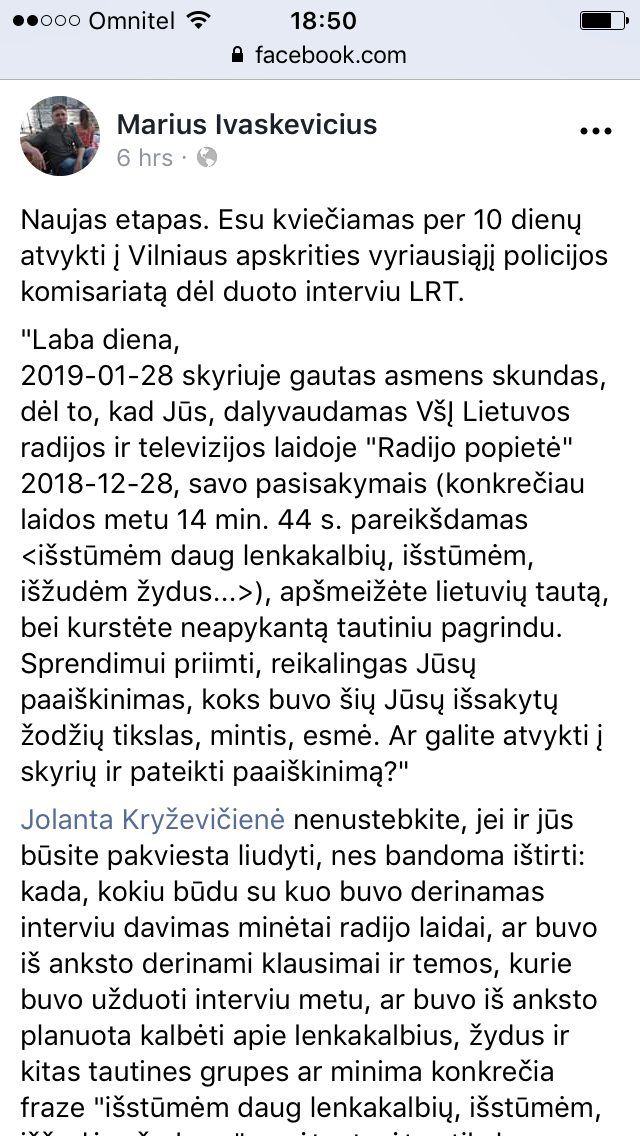