You might have noticed recent items about the Bagel Shop Café and Israeli street food during the snowy month of February. We asked Community members and friends about the joy of life and sense of community to be discovered in eating and food.

Our chef Riva makes the best shakshuka in Vilnius although she prefers burek. We recommend you visit the site of the shakshuka cult in Tel Aviv. Our version comes from there, so what is burek? These are flaky layered pastry with all sorts of filling, including spinach, mushrooms and potatoes. We make it with scrambled egg as well. Riva buys these at bakeries on the street in Israel which overflow with baked goods Friday mornings and where it is difficult to even take it all in. Riva’s discovery this culinary season is cabbage from Jaffa. Expect a surprise! 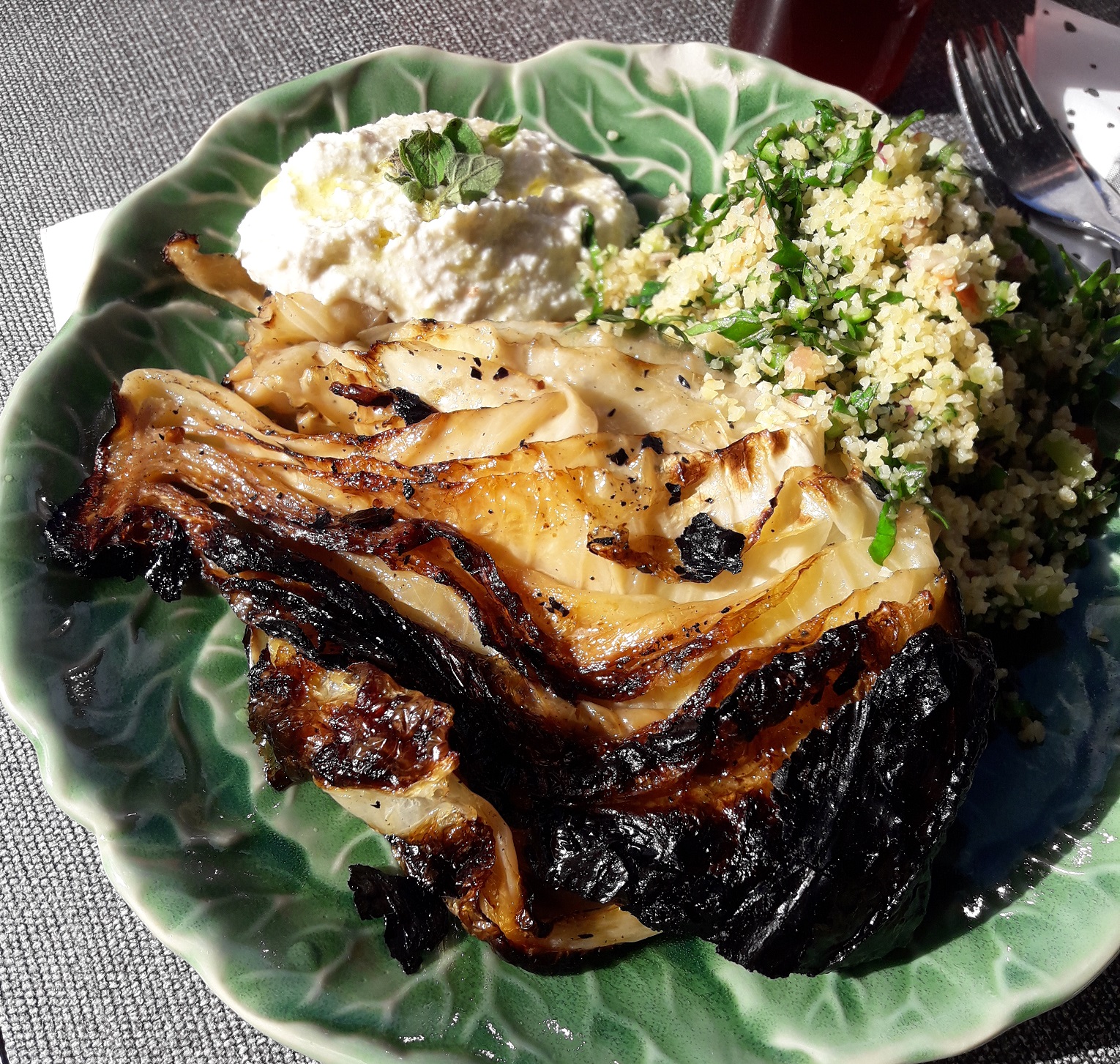 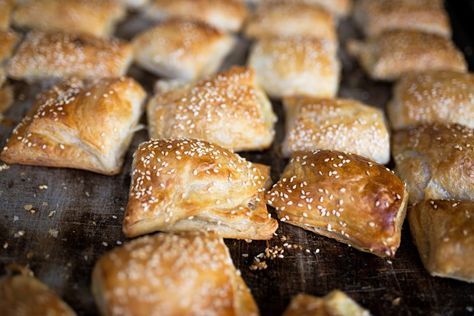 Recently Litkak Shalva Weill visited the Bagel Shop Café. She’s a professor at Hebrew University and focuses on the Jew of India and Ethiopia and the Lost Ten Tribes. It would have been possible to talk with the professor for days about the preparation of Israeli dishes. She said she most likes to visit the Mahane Jehudah market in Jerusalem, where the latest in Israeli cooking and culture is on display in the here and now.

She said regarding street food that falafel is the best known, a truly healthy food made from chick-peas, but also with some health concerns because it’s fried in oil.

“Ah, street food, that’s falafel of course, a true health food because it’s made from chick-peas, but also an unhealthy food because it’s fried in oil. Now there’s gentrification of the famous Mahane Yehuda market. It has become very fashionable. In the day they sell vegetables there, and at night the market turns into a big party, it’s a very thriving place. Little cafés, street food, full of young people, lots of noise. I recently celebrated my birthday and I invited all of my children and eleven grand-children to a taste-tour of the Carmel market in Tel Aviv. We stopped at every booth and tried everything–burik, yes, burik, not burek! It’s something very similar, but a new dish. We tried all kinds of humus, egg rolls–this is real street food. A market tour is a wonderful and fun way to spend time with children and grown-ups,” professor Weill said. 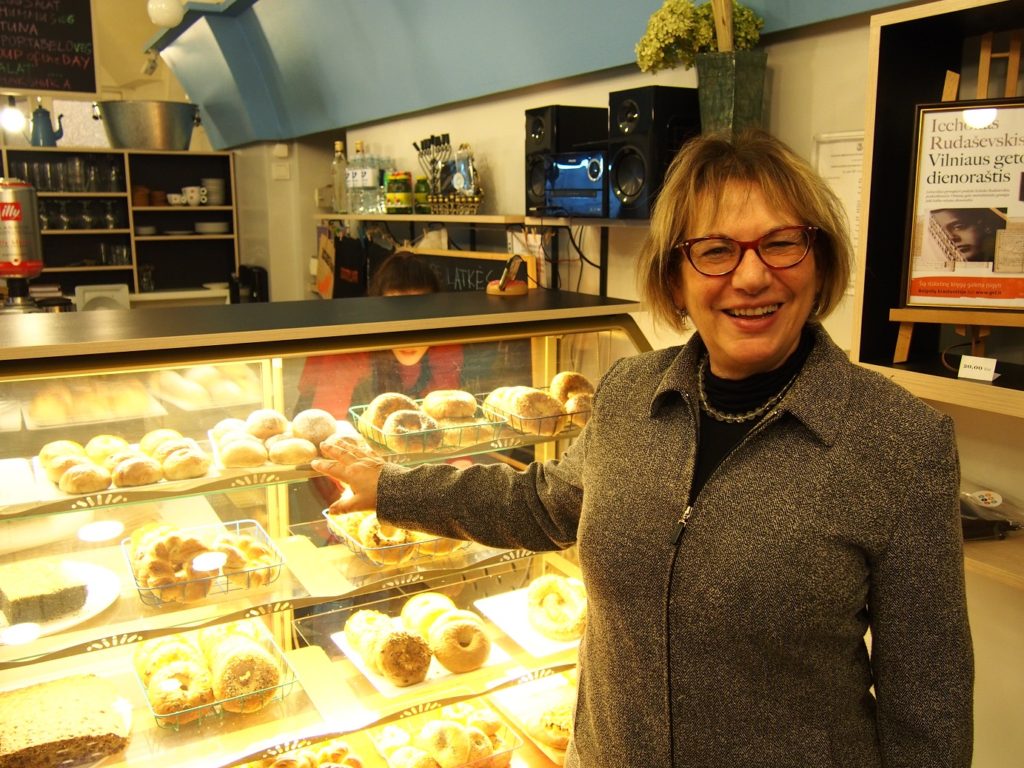 Professor Shalva Weill at the Bagel Shop in Vilnius, 2019. 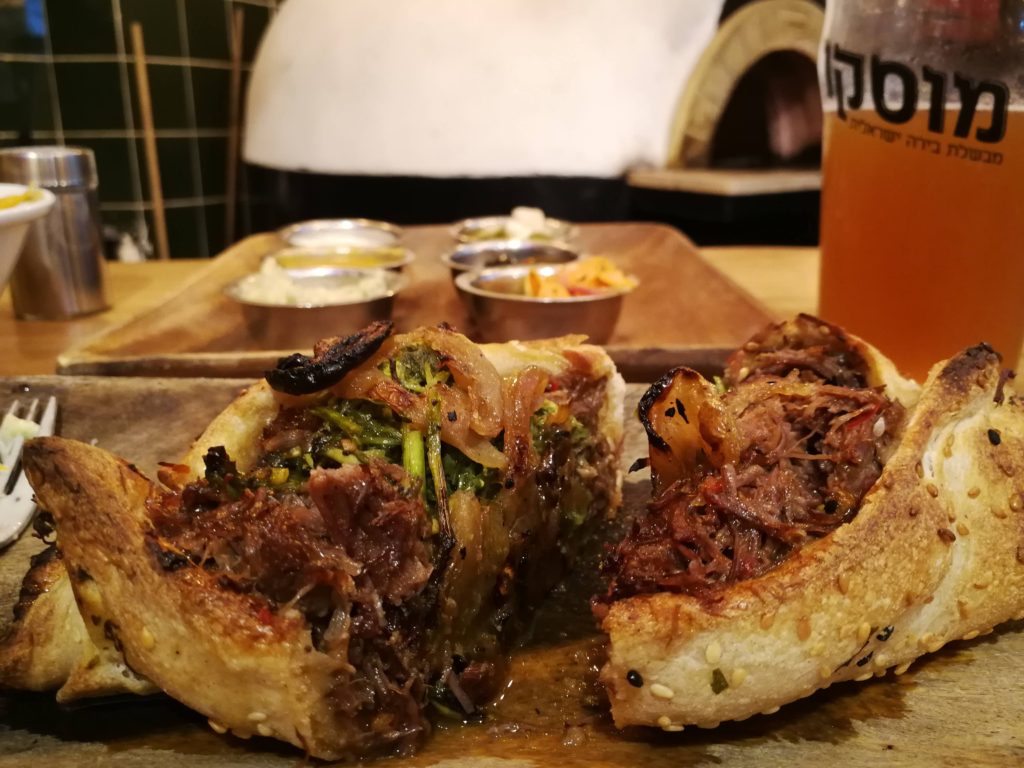 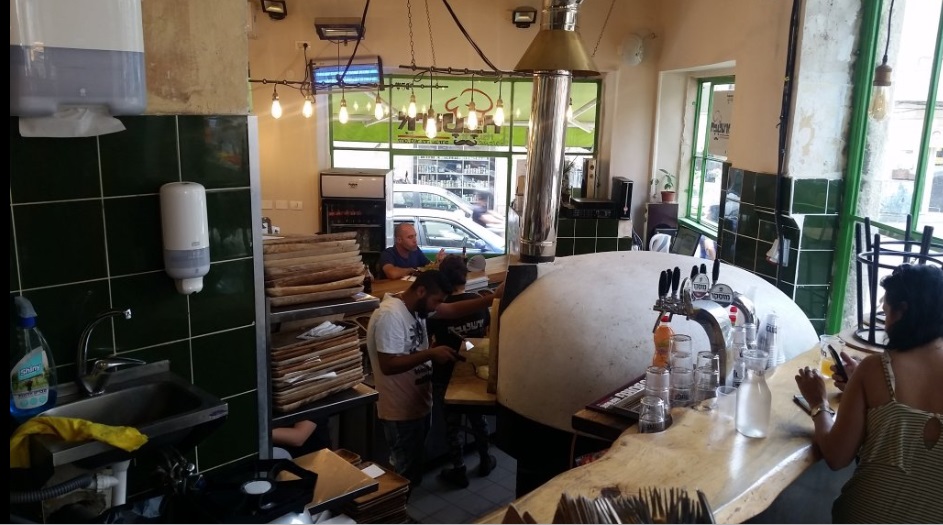 Our friend Vykinta is a frequent visitor to Israel and wrote this about Israel and Israeli street food: “I fell in love with Israel for many reasons. First, because of the freedom to be yourself. You might not believe it, but this is reflected in Israeli cuisine, full of improvisation and creative freedom, a mix of different ethnic traditional cooking elements. I could speak endlessly about the food of this country, but when I’m in Tel Aviv I go first to Frishman Falafel and Sabich on Frishman Street to eat. If you’re intrigued, don’t look for a café or restaurant, you won’t find one. This is very simple street food, baked eggplant with boiled egg, vegetables, humus, tahini and spices in pita bread. 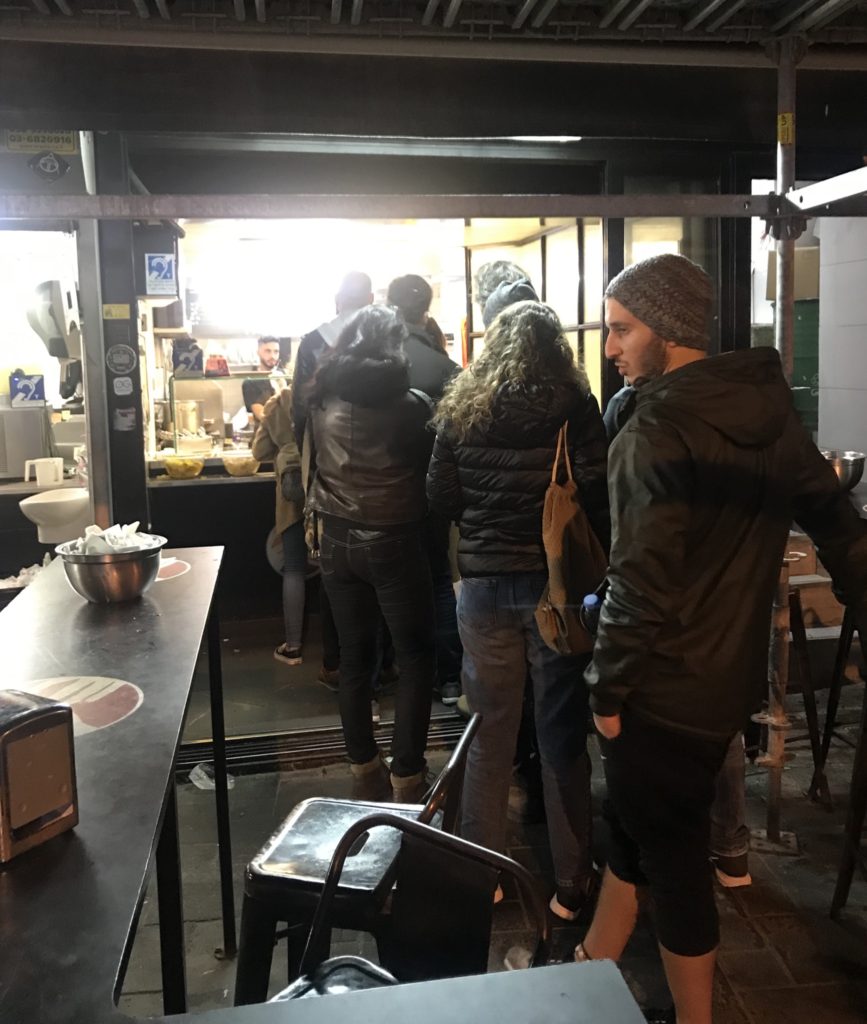 The eternal line for sabih on Frishman Street, Tel Aviv, 2019.

“I am convinced this is the best sabih in the city! And it doesn’t matter that after waiting in the huge line (where locals stand!) you have to eat sitting on chairs on the sidewalk, with a roof made of pipes above, the sound of nearby construction, a line of cars passing on the street, a shop established on one side where boxes are unloaded and the sounds of music and laughter ring out, where it’s difficult to talk on the telephone. And I wouldn’t trade any of it for a luxury restaurant. To those who still haven’t been, you must travel and find your own Israel which, I am certain, will not leave you unaffected.” 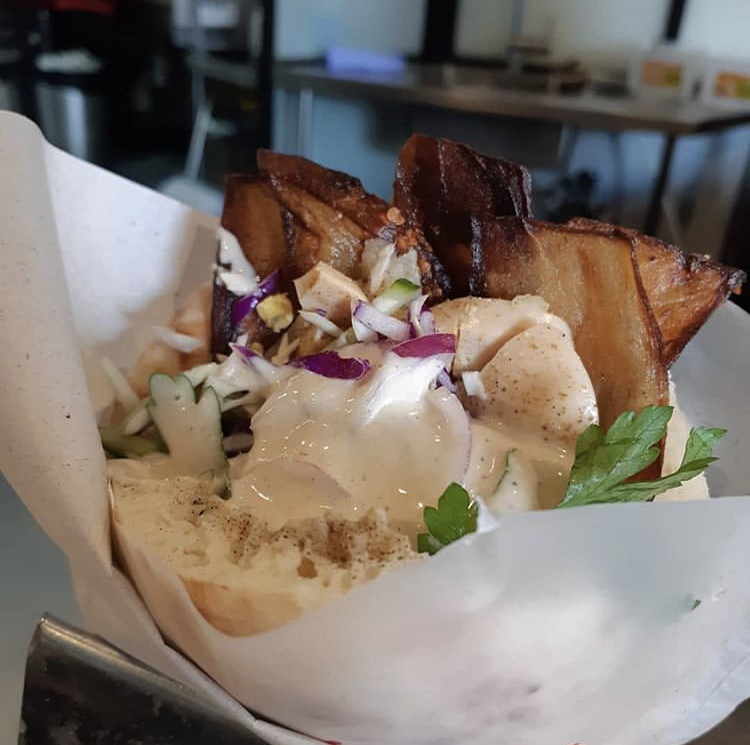