One of several Lithuanian Jews to have received the Nobel prize, Aaron Klug passed away November 20, 2018, at the age of 92. 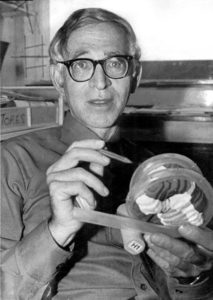 Klug was born in Želva (aka Zelva, Zelvas) near the town of Ukmergė (Vilkomir) in the Vilnius region of Lithuania on August 11, 1926, to Lazar and Bella (née Silin) Klug. Lazar Klug received both a secular and Jewish religious education, and raised and sold cattle as his father did. Aaron Klug wrote he remembered nothing of his place of birth, and the family moved to Durban, South Africa, when Aaron was about two. Aaron Klug was graduated from the University of Witwatersrand in Johannesburg with a bachelor’s degree in physics, chemistry and biology. He married dancer and choreographer Liebe Bobrow in 1948. Klug received a master’s degree from the University of Cape Town where he did work on X-ray crystallography. He then went to the UK, where he received a PhD in solid state physics at the University of Cambridge in 1952. Klug then worked with X-ray crystallographer Rosalind Franklin at Birkbeck College, University of London, exploring the structure of the tobacco mosaic virus. The nucleoproteins of the virus were at that time too big for imaging with X-ray crystallography but too small to see with optical microscopes. Electron microscopes could only provide two-dimensional images, and Klug pioneered a method for making 3-D images, called crystallographic electron microscopy, for which he received the Nobel prize in chemistry in 1982. He was knighted by Queen Elizabeth II in 1988. Besides his many other contributions, he and his colleagues were responsible for mapping about one third of the human genome in the Human Genome Project. He taught at Cambridge and served as the president of Britain’s Royal Society from 1995 to 2000. He also worked with Francis Crick, who received the Nobel prize with Watson for discovering the helical structure of DNA. 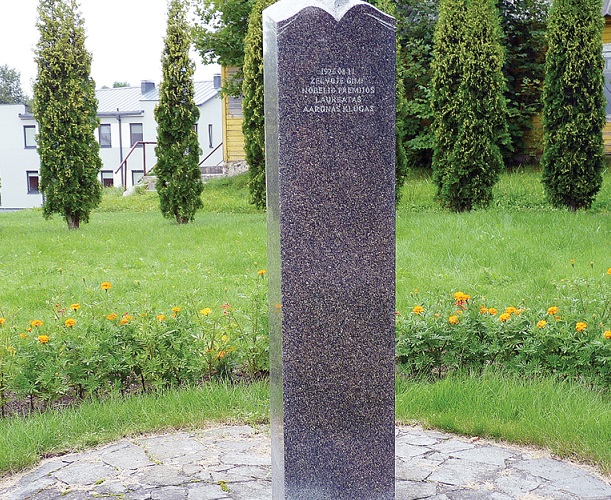 The small town of Želva erected a sculpture commemorating their Nobel son on October 14, 2005. Jews settled there in the early 18th century and formed the majority of the population until the Holocaust. The small town had a synagogue, several Jewish schools and a Jewish cemetery.

Klug is survived by his wife and son Adam. His other son David died in 2000.