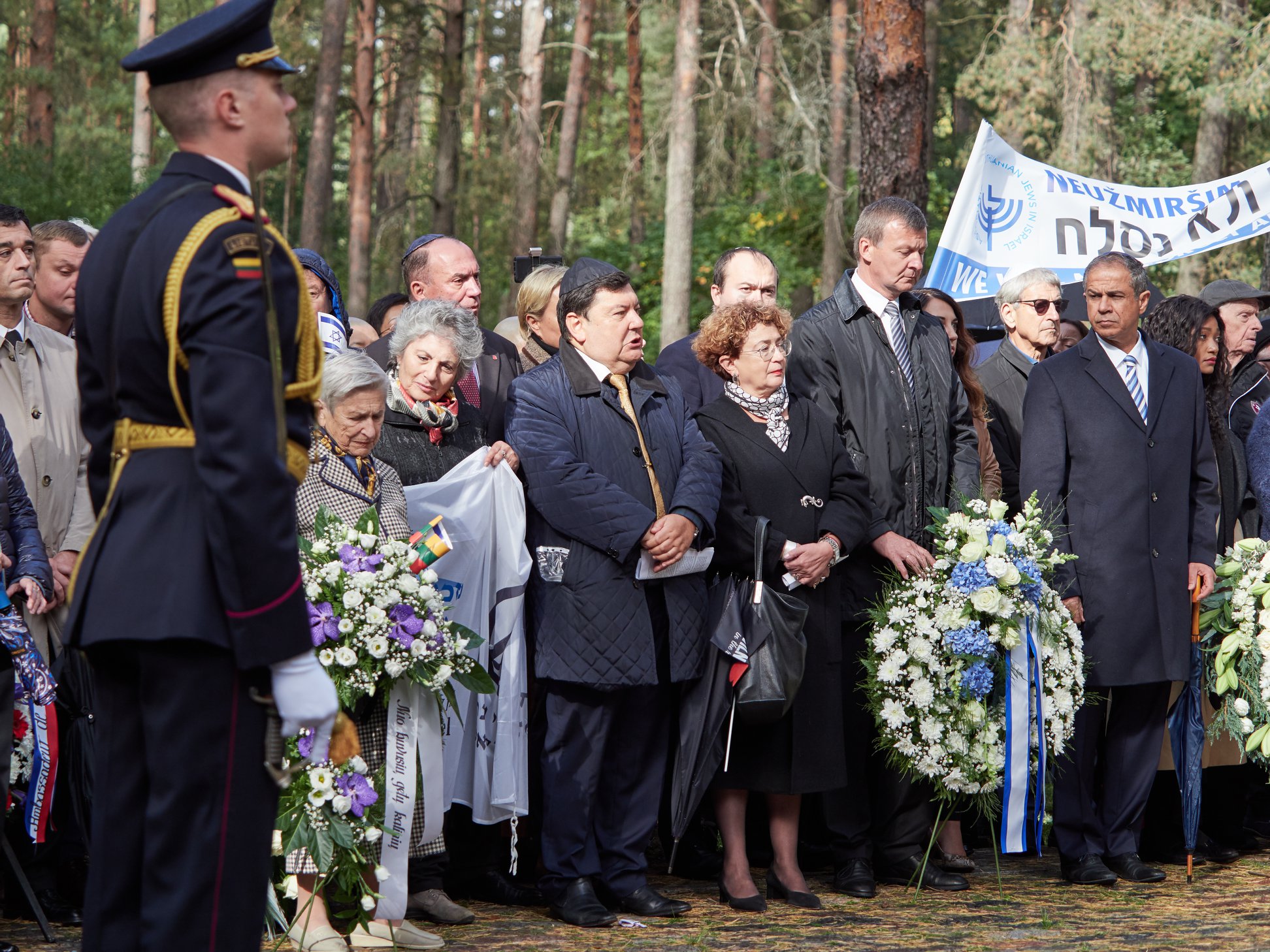 Former ghetto prisoners, members of the Lithuanian Jewish Community, members of international Jewish organizations, ambassadors from Israel and other countries, Government ministers, parliamentary speaker Viktoras Pranckietis and Vilnius mayor Remigijus Šimašius were among those attending a commemorative ceremony at Ponar September 23, 2018, the 75th anniversary of the final destruction of the Vilnius ghetto.

“Nine hundred Righteous Gentiles testify that 75 years ago people had the choice not to commit murder. The only ones without a choice were those selected for death. Even after 25 years of independence, Lithuania continues to bear the burden of that choice. I would like to ask one question: who is a Lithuanian hero today? Is it Škirpa, Noreika or the citizens who rescued Jews in Lithuania, who fought for their independence, worked for the benefit of their country, who risked their lives and saved their fellow citizens from death?” Lithuanian Jewish Community chairwoman Faina Kukliansky asked the audience.

Arie Ben-Ari Grodzensky, chairman of the Association of Jews from Lithuania in Israel, said: “It’s impossible to forget the tragedy of the Holocaust, and we must exert all efforts to make sure the Shoah never happens again. I want to add that our organization, made up of more than 1,500 Litvaks around the world, has officially joined the Lithuanian Jewish Community this year. We are very happy and very supportive of LJC chairwoman Faina Kukliansky.”

Mickey Kantor, president of the Beit Vilna Association of Vilnius and Vilnius Region Jews in Israel, remembered her relatives murdered at Ponar with great emotion, and told the story of her mother who was rescued. 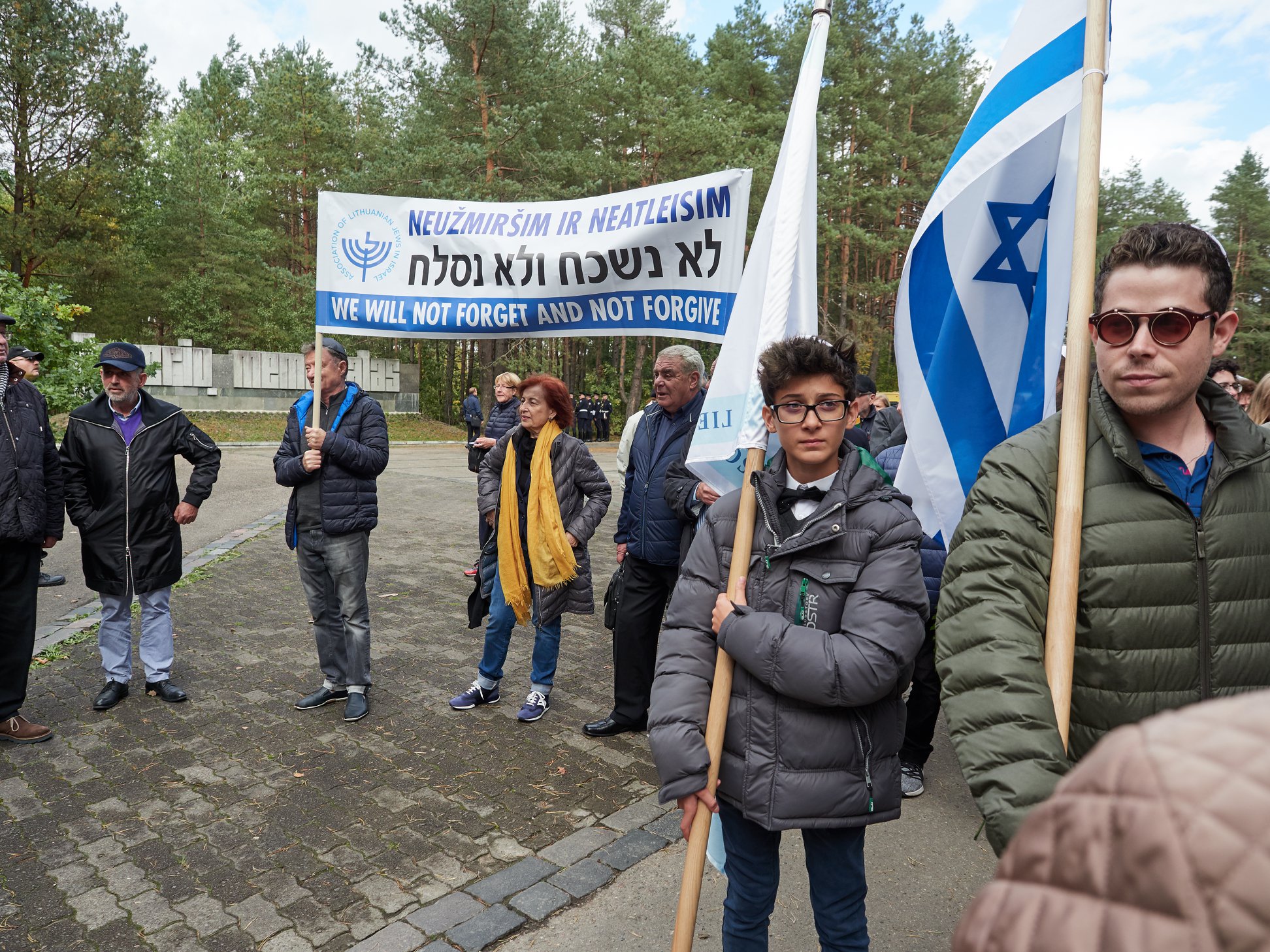 Representatives of Polish organizations which include descendants of Poles murdered at Ponar took part in the ceremony at the Ponar Memorial Complex as well. So did Buddhist monks.

Speaker of the Lithuanian parliament Viktoras Pranckietis said: “Today we experience the pain, remembering what our fellow citizens, the Jews, experienced. Standing at this monument, we should say loudly that these sorts of mass murders will never happen again, that never again should we experience this which is so difficult to comprehend.” 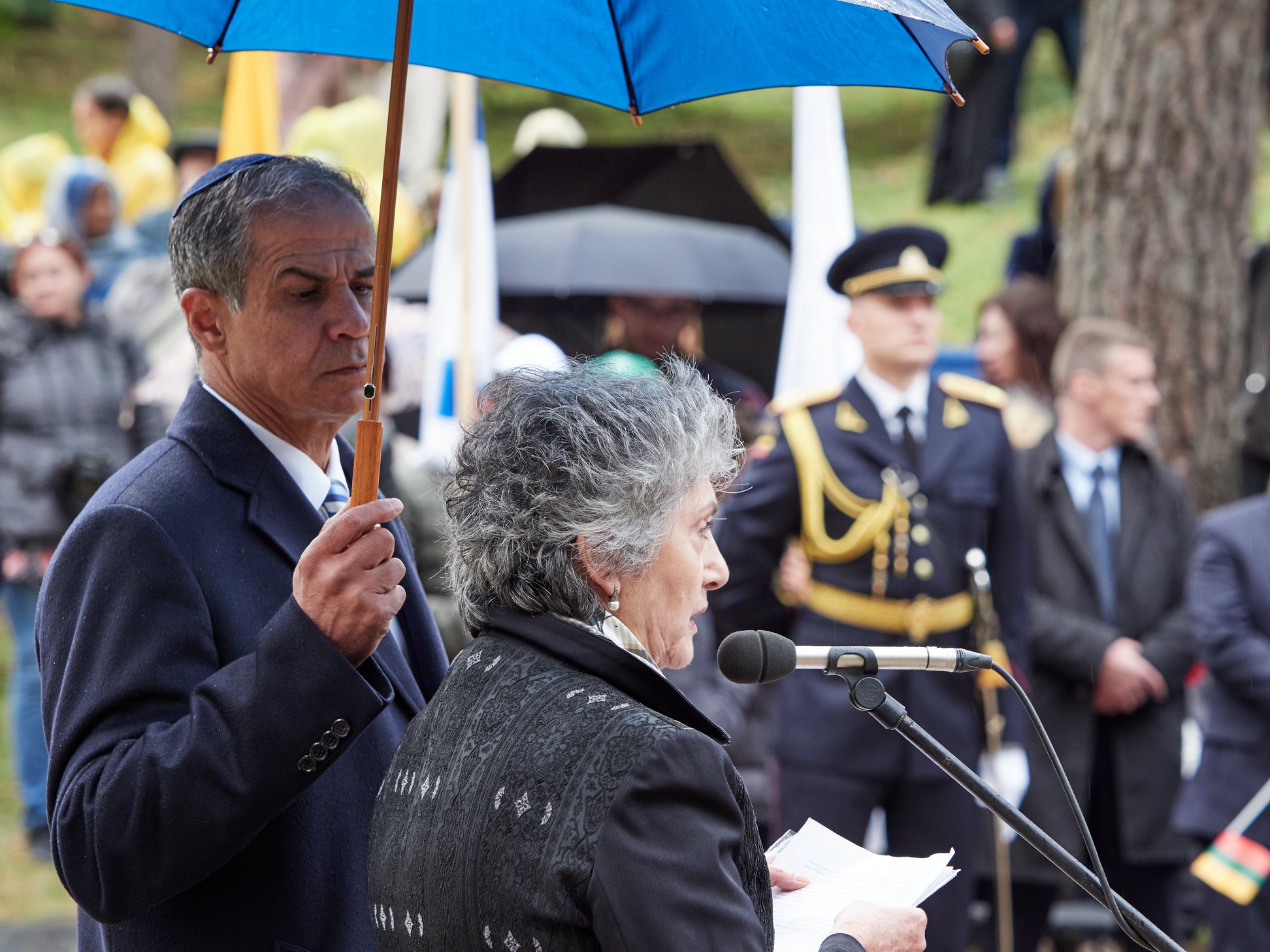 Vilnius mayor Remigijus Šimašius said Lithuania’s Righteous Gentiles “might have saved our honor, but hardly washed away the guilt of those who perpetrated the mass murders of the Holocaust.” He said “ambivalence and the inability to create goodness led to this horrible tragedy.”

Students from the Young Choir and 3rd grade group B of the Saulėtieks School in Vilnius performed at the commemoration.