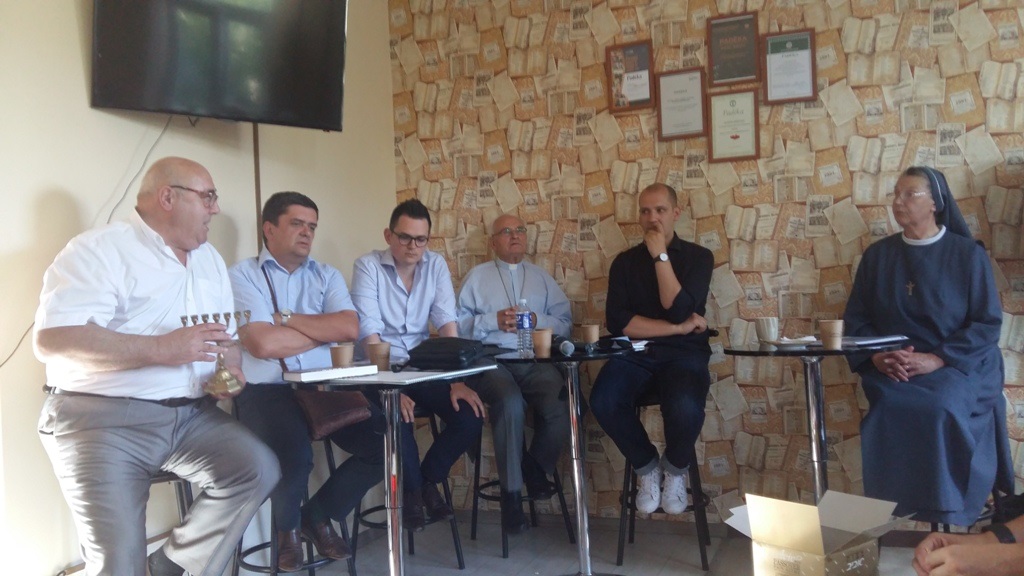 Monika Šinkūnaitė and her colleague appealed for help to the Panevėžys Jewish Community on June 11 regarding a project called Orientational Walking Tour and a discussion called Jewish Culture in Panevėžys. During the meeting both parties discussed scenarios for the event and topics for the discussion.

The point of the project is to get young and older people interested in Jewish heritage.

The educational walking tour happened on June 29 and was called Along Jewish Roads, including important historical Jewish heritage sites in the city. The youth group began the tour at Freedom Alley where there was a thriving Jewish neighborhood before World War II. There were Jewish residences, stores, workshops, dentistry and medical clinics and attorneys’ offices. Some streets were named after Jewish public figures, including Dr. Mer, Rabbi Gertzel, the industrialist Kisinas, Dembas and others.

All participants in the discussion shared information about the Jewish history of Panevėžys. Chairman Kofman explained to the audience what a menorah is and what it’s used for, gave a brief history of the Holocaust, spoke about Community educational events for students, demonstrated posters students had made on the theme of the Holocaust at those events and distributed copies of the Bagel Shop newsletter.

The café had an overflow audience for the discussion. A video recording about selecting sites and itineraries for the orientational walking tour was screened as well.

Prizes and gifts were distributed, including books and Star of David pins from the Panevėžys Jewish Community. Chairman Kofman presented Monika Šinkūnaitė a copy of Rūta Guzevičiūtė’s book “Žydų kostiumo klajonės laike ir erdvėje” [The Wanderings of Jewish Costume through Space and Time] and presented Regional History Museum director Arūnas Astramskas a copy of the Yitzhak Rudashevski Vilnius ghetto diary, as well as passing out matzo to everyone. 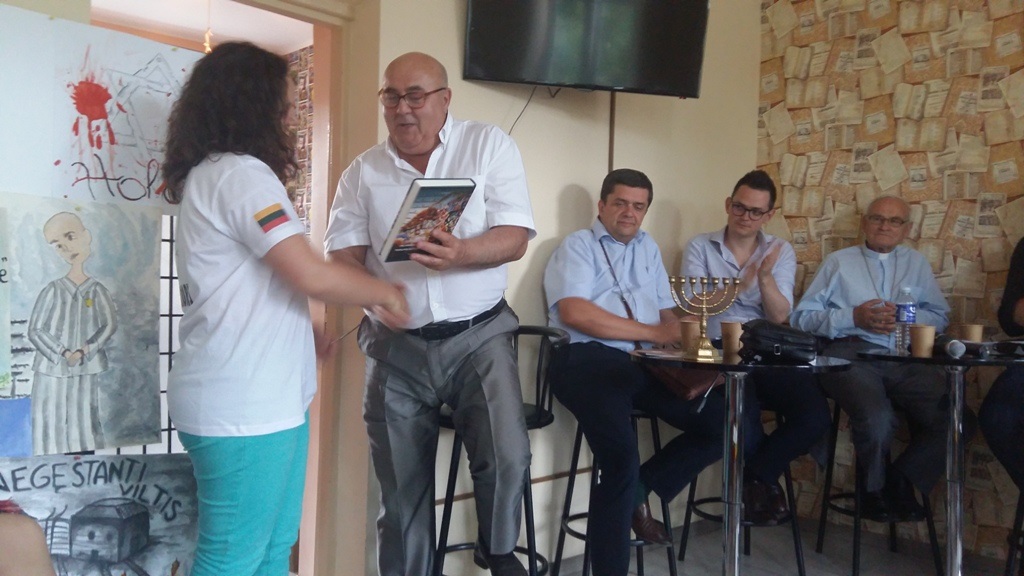