Grant Gochin is a member in good standing of the Lithuanian Jewish Community. Originally from South Africa, he’s worked as a wealth and financial planner in the United States for decades. A dual citizen of Lithuania and the United States, he also operates the consulate of Togo in California, as well as performing important duties for the African Union. The following was published in the AU magazine Invest in Africa in the June, 2018, edition. 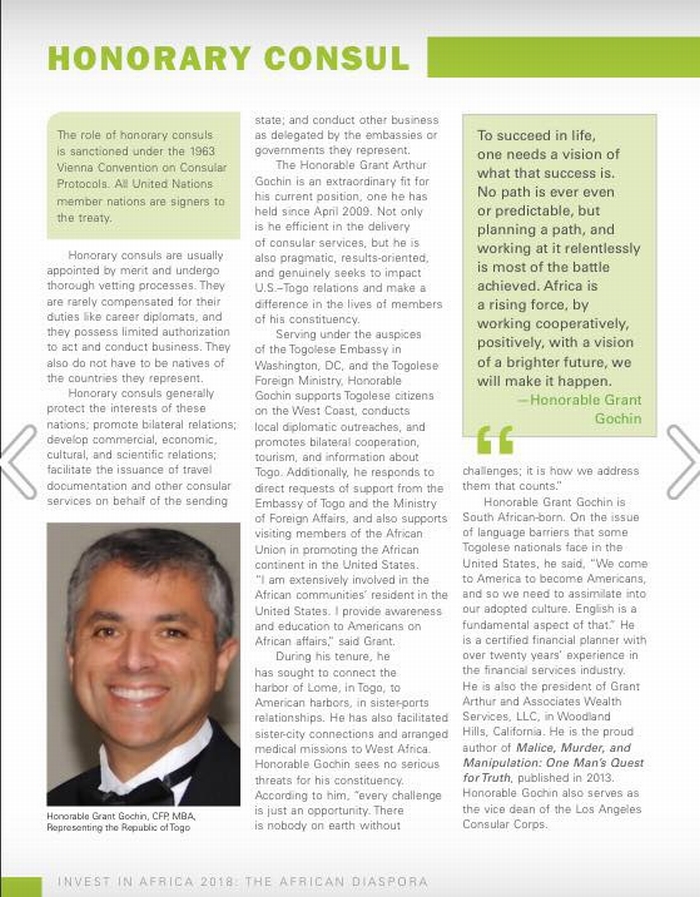