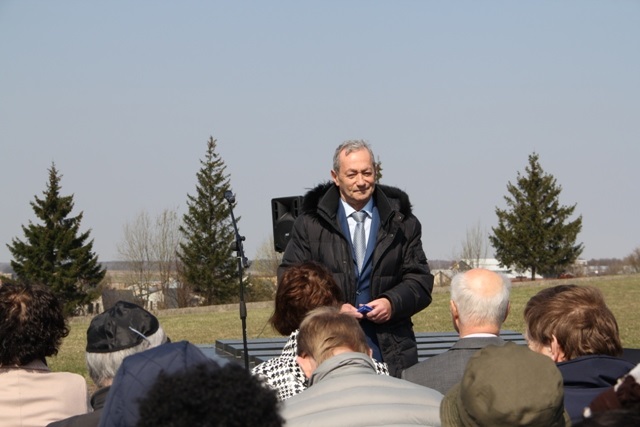 At the field of mass murder at the Ninth Fort in Kaunas a ceremony to unveil a memorial plaque took place April 13. The plaque commemorates the Jews deported from Frankfurt murdered on November 25, 1941, at the Ninth Fort.