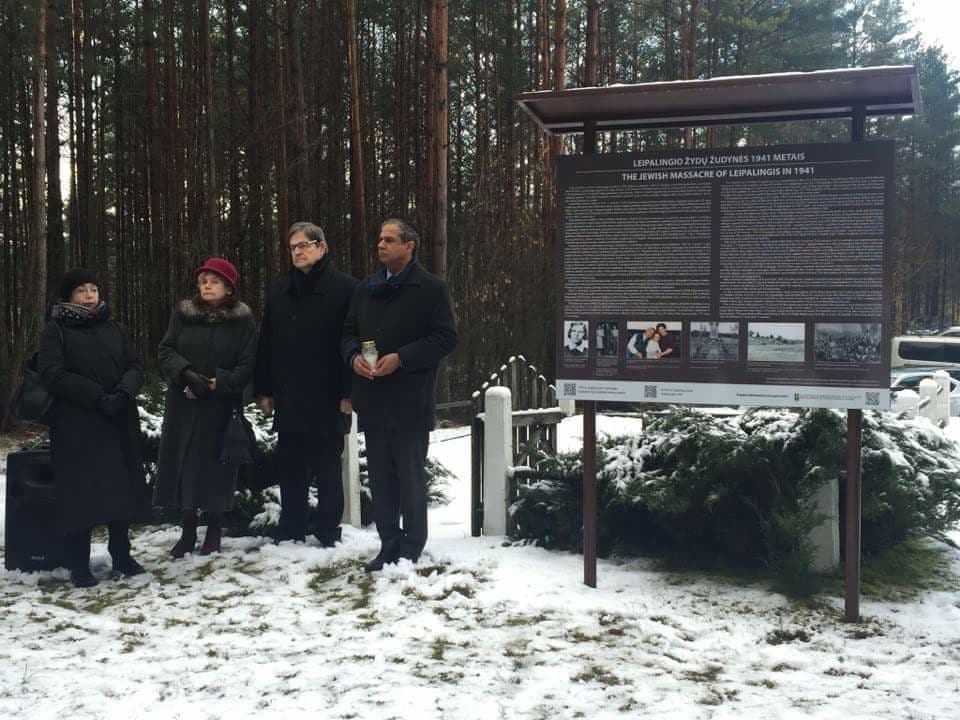 A commemorative sign was unveiled in the Lithuanian town of Leipalingis in the Druskininkai region Friday to commemorate the victims of the mass murder there in 1941.


Israeli ambassador Amir Maimon, Lithuanian Jewish Community chairwoman Faina Kukliansky, parliamentary Education and Learning Committee chairman Eugenijus Jovaiša, Center for the Study of the Genocide and Resistance of Residents of Lithuania director Teresė Burauskaitė, students from the Leipalingis pre-gymnasium and local community members attended the unveiling ceremony. The students read out the names of all the victims at the ceremony.

Jovaiša said the victims need to be commemorated appropriately, that they not remain nameless, and that the names of the perpetrators of the genocide also need to be made known to the public. He called for setting up information signs at all mass murder sites in Lithuania.

Burauskaitė said it was possible to name about 80% of Jews who were murdered in the Holocaust in Lithuania currently, and that more research and cooperation with different institutions engaged in research were needed.

The commemorative sign in Liepalingis is allegedly the first of its kind in Lithuania, according to the parliamentary Education and Learning Committee, with more comprehensive information about what actually happened at the site in 1941 when the mass murder of local Jews was carried out. It’s the first sign in a project called The Names of the Holocaust Victims Live On, which intends to mark all Holocaust mass murder sites in Lithuania with similar signs. There are reportedly about 270 such sites in Lithuania. The project will take several years to complete for a total price-tag of over 86,000 euros. 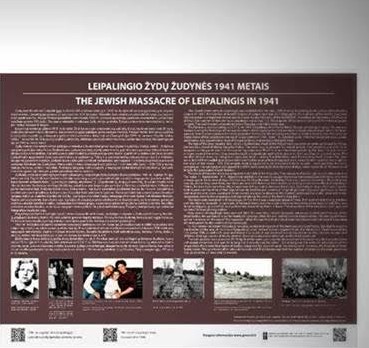 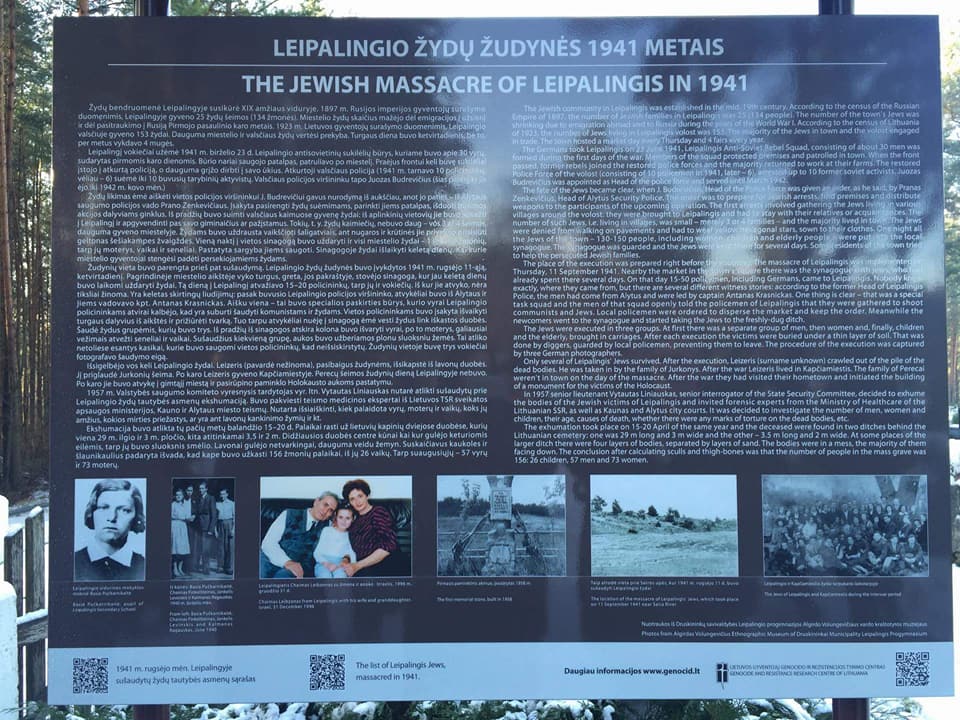 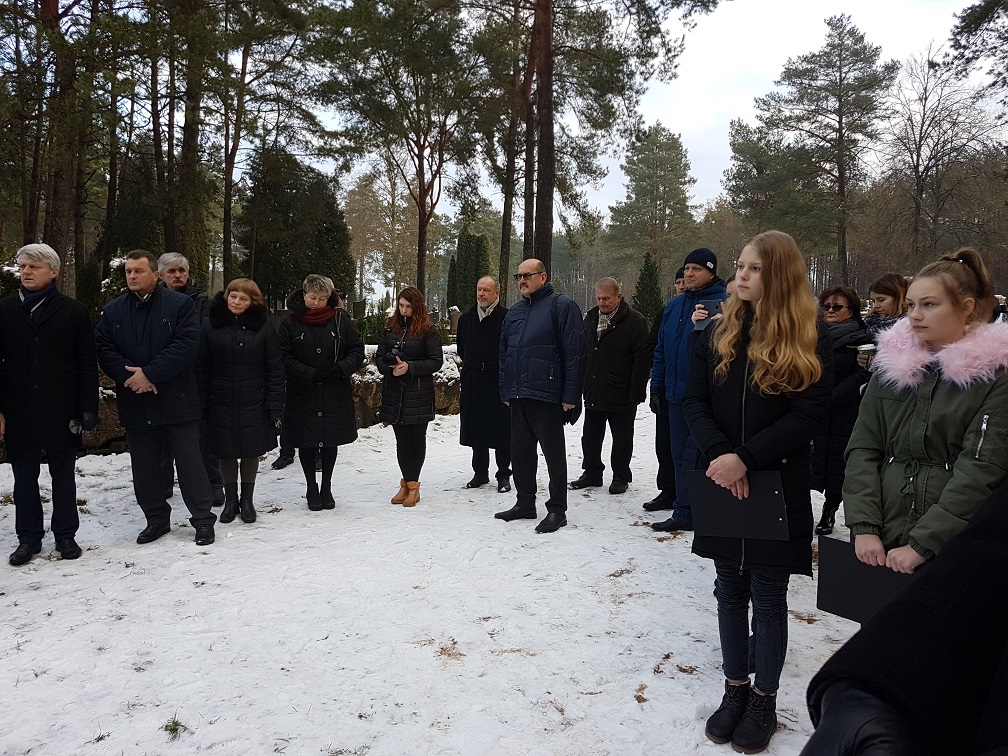