US ambassador Anne Hall with Lithuanian Jewish Community chairwoman Faina Kukliansky and the chairmen of the Panevžys and Šiauliai Jewish Communities toured the renovated Pakruojis wooden synagogue in late December. The oldest wooden synagogue in Lithuania was restored using period photography. The synagogue features unique paintings on the ceiling and wall paper. The interior and primitive paintings have been the subject of much interest. The restored synagogue has become a draw for Jews, Lithuanians and tourists from different countries. 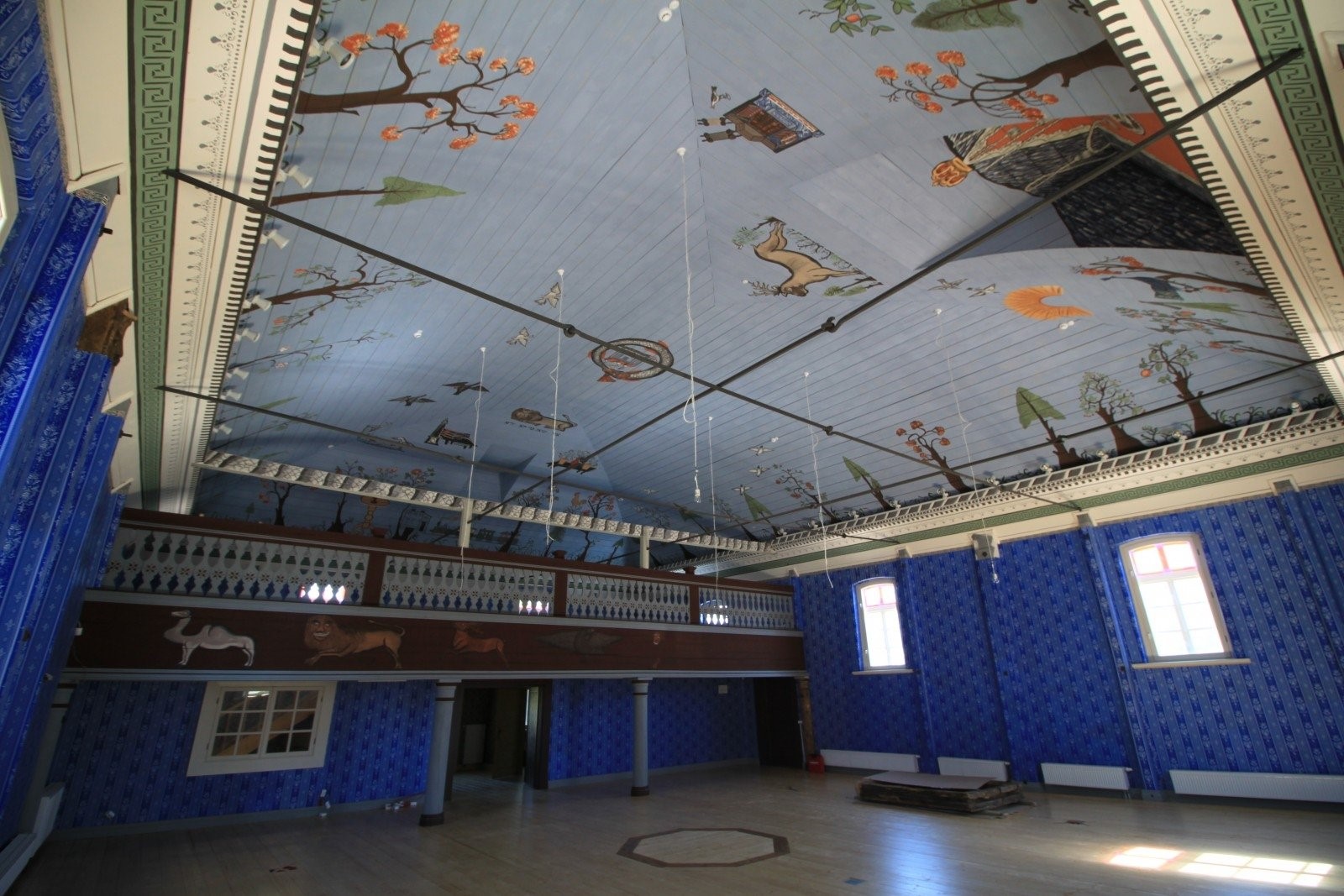 The small synagogue on the banks of the Kruoja River was built in 1801 and operated as a synagogue until the Holocaust when the Pakruojis Jewish community was murdered. After the war it was used a recreation center and then as a movie theater. At some point it was used a gym. It caught fire several times, doing great damage. The Pakruojis regional administration and the Lithuanian Cultural Heritage Department went to great efforts to save the building.

There are no Jews living in Pakruojis now.