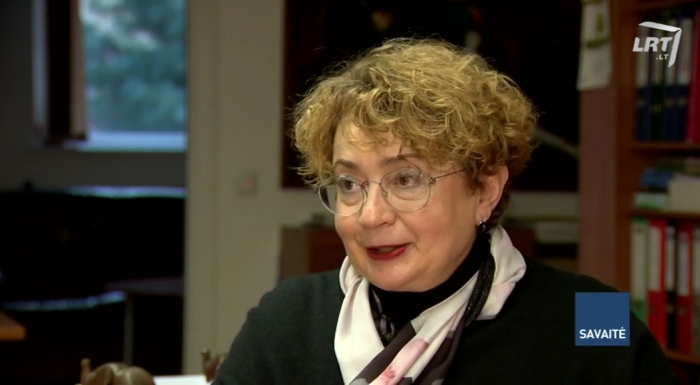 Lithuanian public television’s Sunday news program featured successful efforts by Lithuanian foreign minister Linas Linkevičius to get EU foreign ministers at the same table with Israel’s prime minister Binyamin Netanyahu. The overture for the first informal meeting with an Israeli PM in 22 years came before US president Donald Trump’s controversial decision to move the US embassy from Tel Aviv to Jerusalem. Linkevičius said he was motivated by the need for face-to-face contact between the parties, even if they do not agree on all the issues. President Trump’s decision made the meeting more urgent in the search for ways to control increased tensions. After the meeting Linkevičius presented Netanyahu a replica of the statue of a small girl the Šeduva Jewish Memorial Foundation commissioned from sculptor Romas Kvintas and erected in central Šeduva to commemorate the former Jewish shtetl there.

“We are very glad our foreign minister invited Mr. Netanyahu. We are very glad a Lithuanian representative has become the leading mediator between the Israeli prime minister and the European Union. Relations between Lithuania and Israel are very important to us. This is quite natural. Lithuania is our homeland but Israel is our historical homeland. It should be said that since Lithuanian independence relations between Lithuania and Israel have never been better than they are now. …”

“We can’t change what happened in history. I don’t think, however, that what happened during the Holocaust in Lithuania should today have some sort of influence on relations between Lithuania and Israel. On the other hand, I am saddened that discussions about Lithuanian collaboration in the Holocaust sometimes engenders such impassioned reactions, and I think, at the state level, these discussions need to be started, and finished. I see one of the opportunities for doing this, and that’s the educational system which, over 27 years of independence, hasn’t been able to do anything to tell and explain the Holocaust to the younger generation. That’s why certain publications, the appearance of certain books, causes such a negative reaction, which shouldn’t happen, if people knew better.”

Full newscast in Lithuanian available here, with interview at about 23 minutes in: 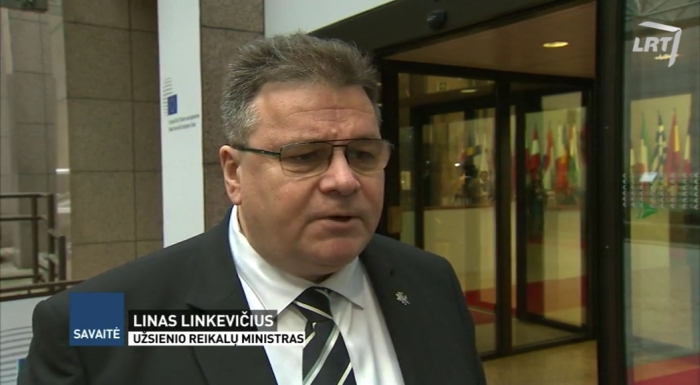 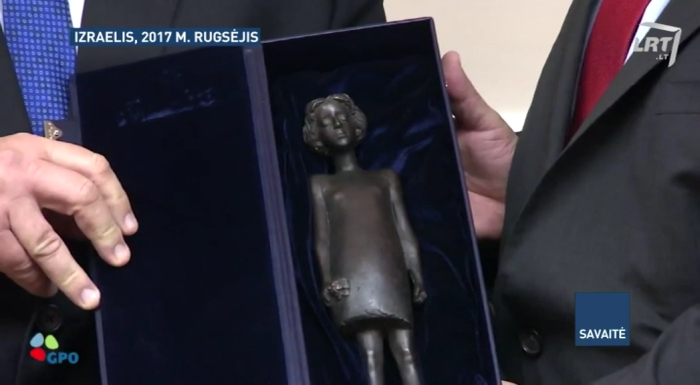