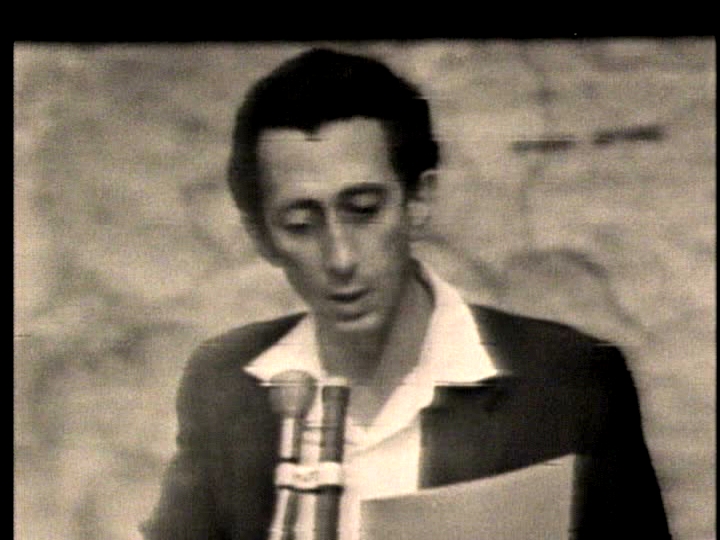 The Riddle of History: When and Why Did Abba Kovner Alter His Biography?

This article could (and should) have been published a year ago, in August 2016, if I had treated more seriously the brief article I wrote in Russian about the new edition of the book “Vilnius: In Search of Traces of the Jerusalem of Lithuania.”

All sources I’m aware of, with the one exception of the New York Times, state Abba Kovner (Yiddish: קאוונער אַבאַ) was born in Sevastopol [Crimean Peninsula]. Here I will give some examples of the most important publications:

1. A monograph entirely dedicated to Abba Kovner’s life and work.
Porat, Dina. “Fall of a Sparrow. The Life and Times of Abba Kovner” (originally published in Hebrew in 2000). Translated and edited by Elizabeth Yuval. English translation 2010. Stanford University Press.

The first chapter “Childhood in Sevastopol and Youth in Vilna” starts with the statement “Abba Kovner was born in Sevastopol…” (p. 3).

Note: This is not supported by a reference to an archival excerpt from the register of births of Jews born in Sevastopol in 1918.

6. Wikipedia (HE, EN, PL, RU).
There is no Abba Kovner article on Lithuanian Wikipedia.

In conclusion to this review of sources, I include a photo of Abba Kovner’s gravestone stating he was born in Sevastopol. Dr. Khona Garb of Tel Aviv University drew my attention to the inscription. In his letter he also said: “I have never seen a place of birth on a gravestone.”

nytimes.com (September 27, 1987)
Mr. Kovner was born into an Orthodox Jewish family on March 14, 1918, in Vilnius, now the capital of the Lithuanian Soviet Socialist Republic.

David Shaham, editor of New Encyclopedic Lexicon, personalities (Hebrew), Yediot Ahronot, Tel Aviv, 1997, appears to be the most prudent – he does not mention Abba Kovner’s place of birth at all.

I heard about Abba Kovner for the first time when I was a child. I believe it was in 1946, when my father brought home a book by Abraham Sutzkever on the Vilna ghetto. I have read a lot about Abba since then. For more than 20 years I spoke (often in mame-loshn) with Abba’s brothers- and sisters-in-arms Chaim Zaidelson and Rachel Margolis. I used to work with Chaim Zaidelson (he is present in the famous photo of the Jewish partisans with writer Ilya Ehrenburg). Rachel Margolis, Chaim’s wife wrote the wonderful memoir “Flash of Light in the Darkness” published by the Vilna Gaon State Jewish Museum (Jewish Museum) in 2006. 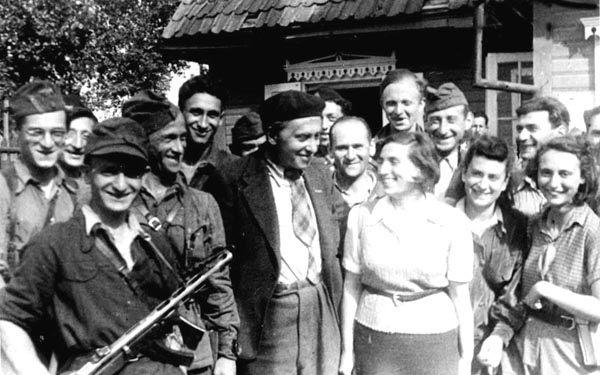 Abba Kovner was a legendary personality. One of the leaders of the underground in the Vilna ghetto, a famous partisan, Israeli poet and writer, he was awarded the Israel Prize for Literature in 1970. Many monographs and hundreds of articles and studies have been written about him, and Israeli schoolchildren study the history of his life. It appears his biography has been studied inside out and no radical changes may be made. Irina Guzenberg, a former historian at the Jewish Museum, however, managed to do just that. For that reason I chose to give my article the title it bears.

Contrary to my take, Irina Guzenberg does not consider her discovery a sensation. She writes on page 602 of her book “Vilnius: In Search of Traces of the Jerusalem of Lithuania”: “Abba Kovner was born in Ashmyany (now Belarus) [Lithuanian Ašmena, Polish Oszmiana, Yiddish Oshmene] on 14 March, 1918.” And that’s it! Sevastopol is not even mentioned! As proof, a scanned copy of Abba’s autobiography, written for the selection committee of Vilnius University, is given on the same page (Lithuanian Central State Archive, f. 175, ap. 9, b. 27, l. 373, in Polish). I will only translate the first sentence: “I spent my childhood years na Kresach – in my native village [Polish miasteczko, Yiddish shtetl] Ashmyany, where I began to study.”

I can understand well why Jewish partisans are not honored in Lithuania (the Lithuanian Wikipedia lacks an entry for Abba Kovner). It is a shame the editor of the book “Vilnius: In Search of Traces of the Jerusalem of Lithuania” published by the publishing house Pavilniai did not see fit to mention this–in my opinion–archive find by Irina Guzenberg.

In January of 2017 Irina Guzenberg uploaded the text WHERE WAS ABBA KOVNER BORN? on the website of the Jewish Museum. It includes photocopies of archival documents followed by brief commentary. I reproduce the most important document, an excerpt from the register of births of Jews, stating he was born in Ashmyany in the Vilna Gubernia in 1918 (Lithuanian Central State Archive, f. 175, ap. 9, b. 217, l. 370). The date of birth indicated is March 14, 1918, and the place of birth is Ashmyany. The father’s name is Izrael Kovner and the mother’s name is Rochla, maiden name Taubman, with a son named Abel. Circumcision was performed by Abram Benski. The authenticity of the excerpt is witnessed and confirmed by (literal translation) “J. Geller, Rabbi of the Jewish faith in Ashmyany.”

Unfortunately both the register of the births from which the excerpt was taken and the overwhelming majority of the Jews listed within it did not survive the war.

Letter to Israeli Historian Dina Porat and Her Reply

On August 15 I informed Israeli historian Dina Porat of the archival documents discovered by Irina Guzenberg and in less than an hour received the following answer. I quote:

“Kovner said and wrote many times, including in formal forms, that he was born in Sevastopol.”

Note. As I understand it, Abba Kovner’s archive is in the custody of the Moreshet Archive.

There are logical contradictions in the sources. Some re striking and are not related to Irina Guzenberg’s discovery in any way, for example, “Abba Kovner was born … in Sevastopol, where his family … found itself due to World War I” (Shulamit Shalit, http://berkovich-zametki.com/2013/Starina/Nomer3/Shalit1.php, 2013, in Russian), and “Abba’s older brother Gdale was born in Feodosia [Crimea] in 1911” (Dina Porat, 2000).

Note: In fact Abba’s older brother Gdale was born in Vilna on March 8, 1911. This is clear from documents discovered by Irina Guzenberg. At my request, advisor of the Information Department and Public Relations of the State Historical Archive in Lithuania Galina Baranova located the Register of Births of Jews who were born in Vilna in 1911 and confirmed it does contain a record of Gdale’s birth.

For now, I have no doubt Abba was born in Ashmyany. I would like, however, to see a document clearly stating the following: ‘Jewish registers of births for 1918 in Sevastopol have no reference to Abba Kovner, whose father was Izrael Kovner, and mother Rochla of the house of Taubman.”

I have not found any reference to attempts by Abba’s biographers and historians to find such an entry from Jewish registries of births and I have been told in response that these registries have not survived.

I began my search for the entry by writing an inquiry to the Sevastopol Archives, and on August 11 I received an answer stating: “Registers of births from synagogues have not been received by us.” “Have not been received” does not mean they have not survived. I continued my research by sending inquiries to the chief officer of the State Archives of the Crimean Republic and the chief officer of the Ukrainian Archives. On August 21 I received a similar answer from the Crimea, stating that the registers of births from synagogues have not been in their custody, either. Now I am waiting for an answer from Ukraine. If it is similar to the one from the Crimea, I will continue to look further. I might get lucky…

If Dina Porat’s statement “Kovner said and wrote many times, including in formal forms, that he was born in Sevastopol” represents the truth, the question arises: when and why did Abba Kovner alter his biography?

Translated (as a mitzvah) by Raya Shapiro and Howard Jarvis, Vilnius. 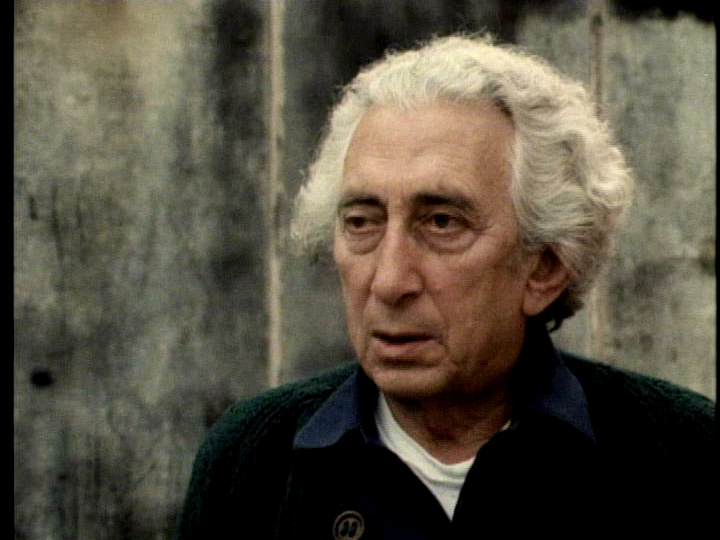