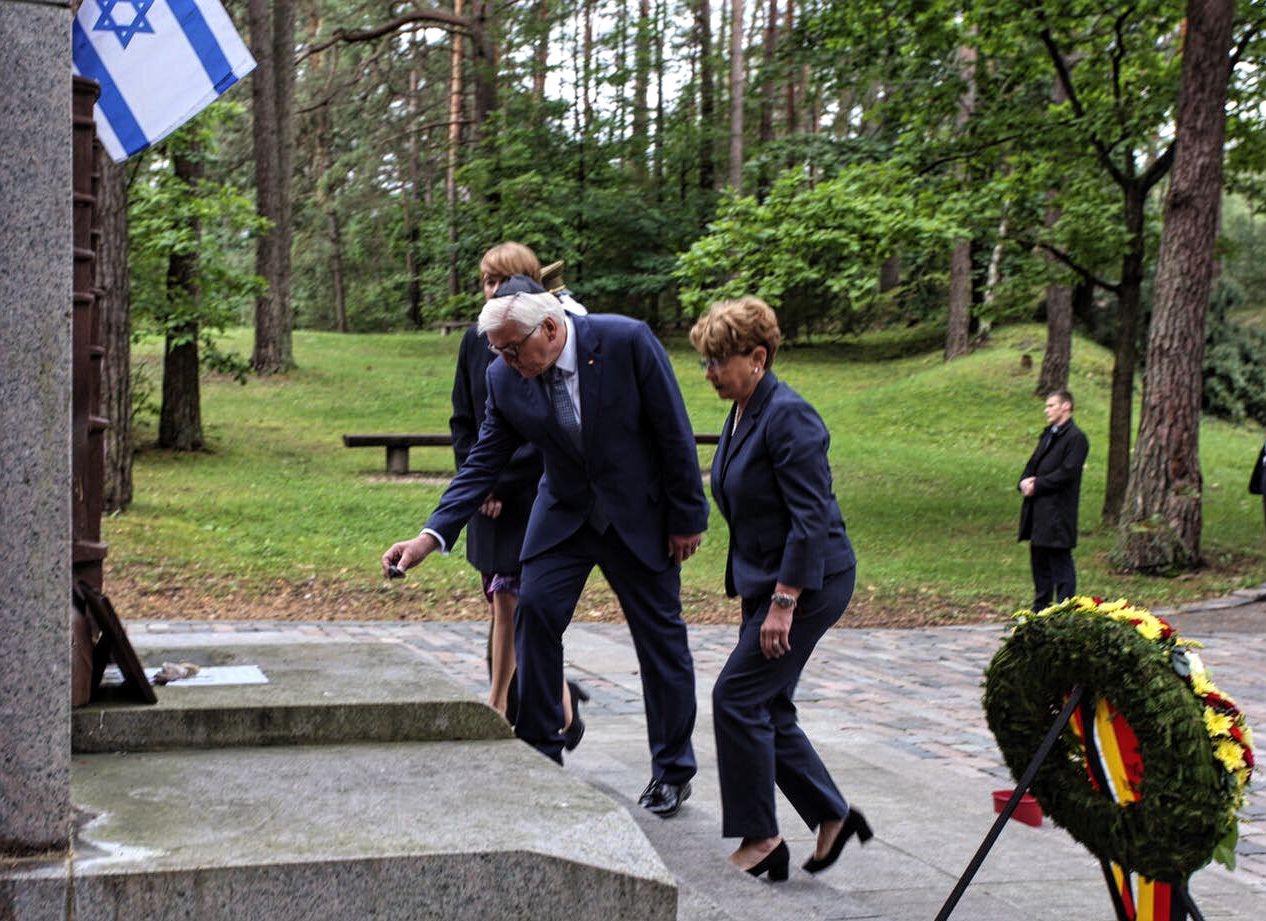 Chairwoman Kukliansky said the Jewish community was grateful to the German president for the honor he paid to Holocaust victims and that Ponar remains a symbol of the Jewry of Lithuania murdered during World War II. She also remarked the Nazi regime was responsible for the Holocaust and not all the German people. She characterized modern Germany’s attitude towards Nazi crimes as exemplary. Germany continues to support financially Holocaust survivors in Europe, providing for their health care and other needs. Lithuanian Jews also receive funding from the German state allocated for Holocaust survivors. These funds are distributed through various organizations.

Kukliansky and the president of Germany also addressed the problem of the second generation, meaning the children of survivors, often of parents who took up arms to fight the Nazis and those who survived due to the goodwill of others, as well as the children of those who survived by being deported and evacuated to the Soviet Union. These children in Lithuania grew up with a real experience of Holocaust trauma, they heard talk at home of the loss of family members and entire families, the loss of homes, the need to hide and flee and the experience of survivors who found it difficult to obtain employment after the war in Soviet Lithuania using a Jewish surname. Many feared anti-Semitic attacks after the war. Relatively recently scholars and specialists have begun looking at the this post-traumatic experience by the second generation who also suffered from the Nazi regime, and who in post-Communist countries often experience hardships and poverty in old age. There are plans to review German criteria for distributing compensation. Currently many funds allocate monies, subsidies and grants. Now there is consideration of taking care of the second generation of survivors as well.

from the German press on August 25 with additional LJC photographs (without watermarks):

German president Frank-Walter Steinmeier, his wife Elke Buedenbender and chairwoman of the Lithuanian Jewish Community Faina Kukliansky participated in a wreath-laying ceremony at the Ponari Holocaust memorial in Vilnius, Lithuania, on August 25, 2017. Steinmeier is on an official four-day tour visiting the Baltic countries Estonia, Latvia and Lithuania to strengthen diplomatic relations with Germany. The Baltic region is an important ally in the North Atlantic Treaty Organization (NATO). 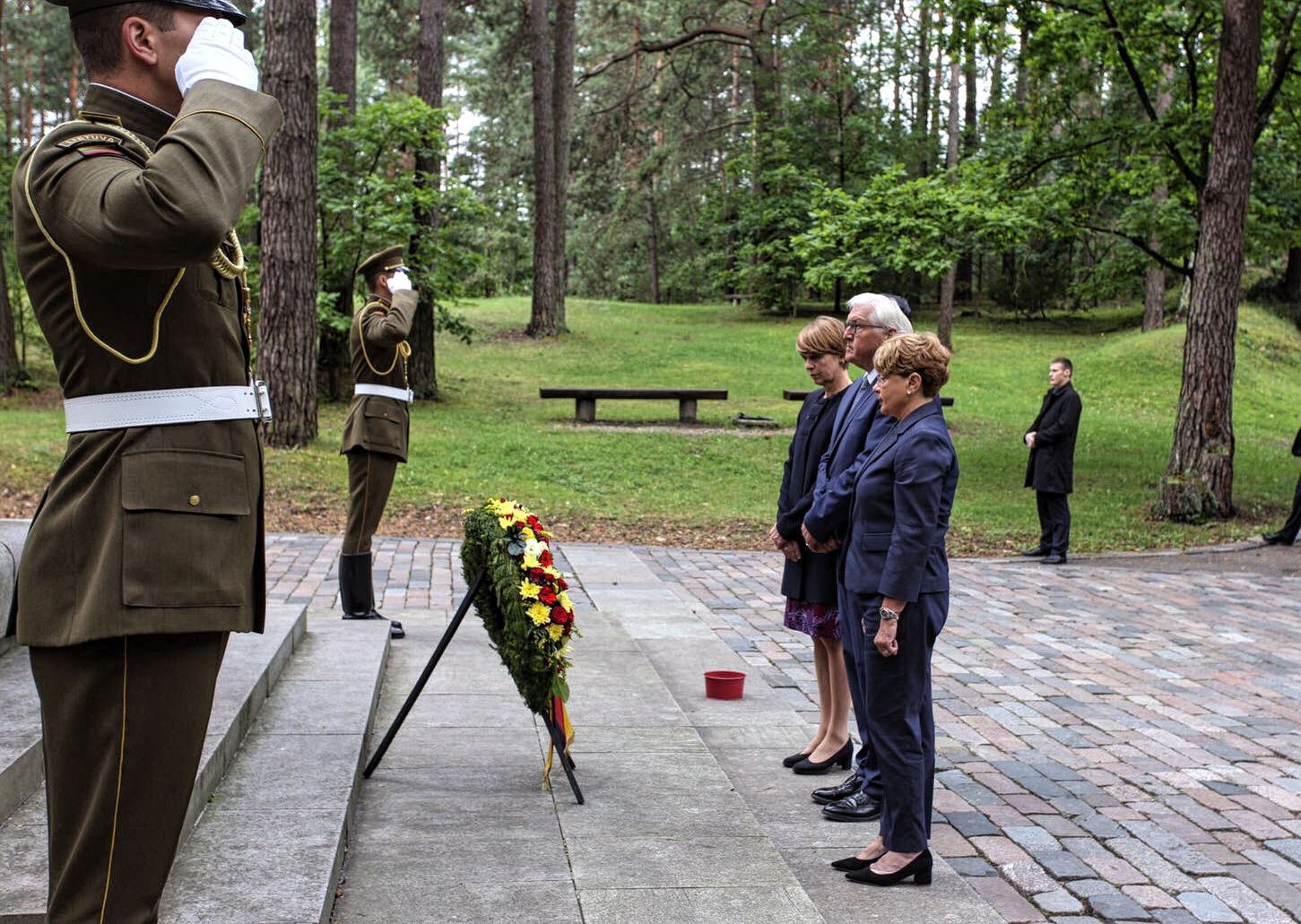 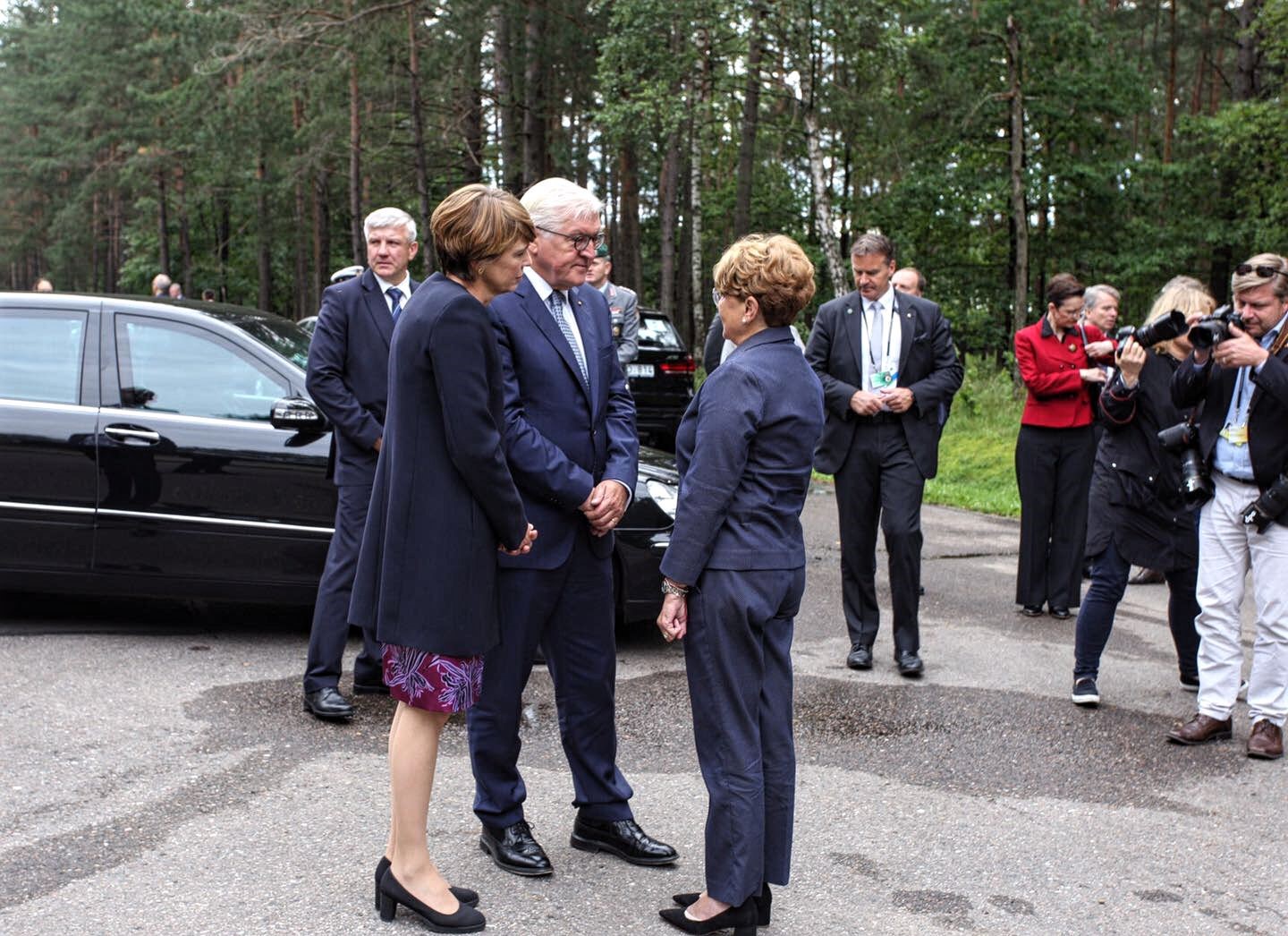 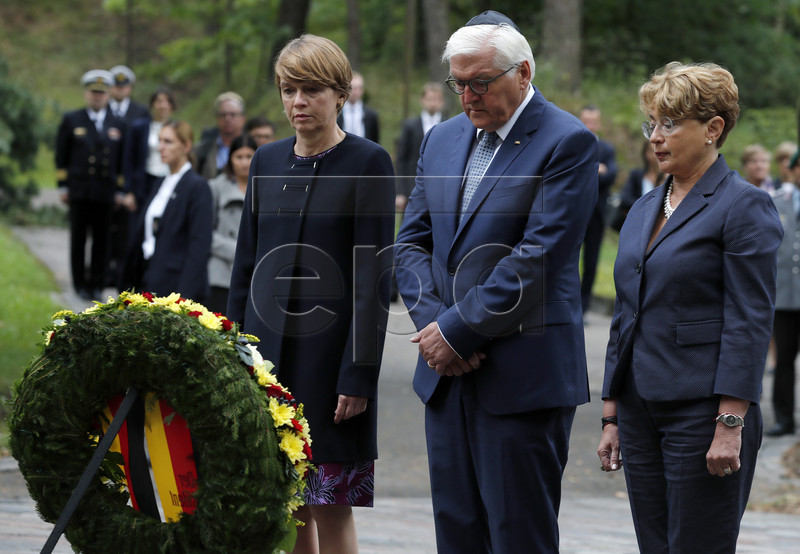 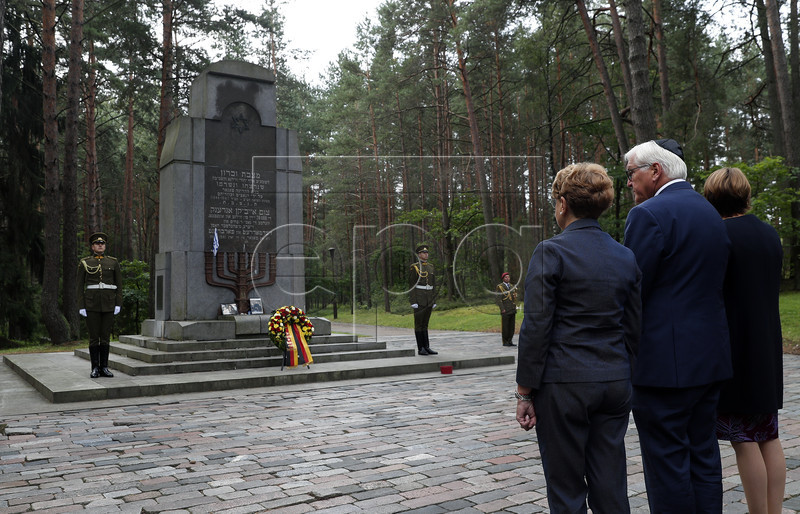