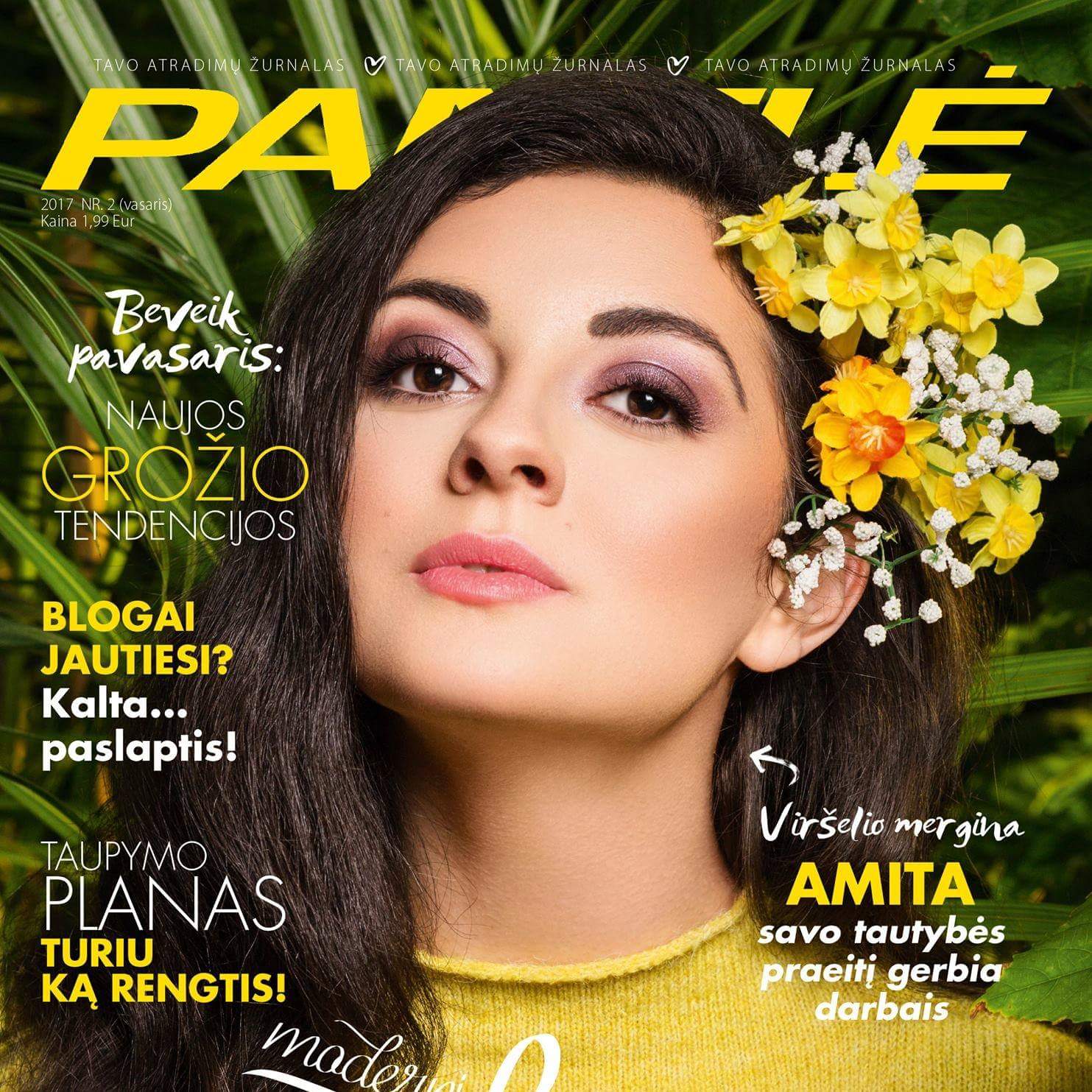 A popular magazine for young Lithuanian women has featured Amit Belaitė, the head of the Lithuanian Union of Jewish Students, on its February cover, with a long interview with her and a series of fashion photographs inside.

“Cover girl: Amita honors her people’s past with deeds,” the cover proclaims.

The feature on page 10 is called “Living History”:

“The Jewish girl Amita Belaitė (24) is completing her studies this year at Vilnius University. During her university career this active defender of human rights was able to establish the Lithuanian Union of Jewish Students, to become the vice president and a member of the executive board of the European Union of Jewish Students, to start a Jewish history project called Mayses fun der Lites/Stories from Lithuania, to become a Living Library volunteer and for all of those activities to receive a tolerance award. Amita, who selected social health studies as her major, said her professional career over those years would have been much more difficult if not for her love of her cherished boyfriend, the economist Rokas Grajauskas (31).”