The Jews of Veisiejai and Lazdijai were shot in Kaktiškės

Lithuanian Jewish Community chairwoman Faina Kukliansky lost twenty-nine relatives during the mass murders, and only her grandfather and his children survived because of help by rescuers. There are several members of the LJC who are descendants of Jews from Veisiejai, Lithuania, who survived the Holocaust, including: F. Kukliansky, A. Levinsonas, I. Bereznickis, Junona Bereznicky , V. Sideraitė and the sisters R. and L. Ofčinskaitė. 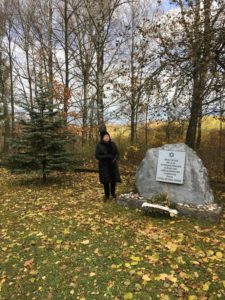 Monument to Holocaust victims in Kaktiškės

Saulius Kuklianskis. the pharmacist in Veisiejai, his wife the doctor Zinaida and their three children Moshe, Ana and Samuelis were living in Alytus when the war began in Lithuania. After the Nazis occupied the country, the family soon lost the young, cared, loving and beloved mother of three Zinaida Kuklianskienė, but the pharmacist and his children survived. The dramatic path to rescue for the family included fleeing occupied Lithuania, living in the Grodno ghetto for a year and a half, flight from Grodno and return to Lithuania, a road filled with danger and the continual fight for survival. After they returned to Lithuania in February, 1943, Saulius, Moshe, Ana and Samuelis hid for a year and half in the forests around Druskininai with the help of residents of the villages of Sventijanskas, Gerdašiai, Vainiūnai, Macevičiai and Bugieda.

All of the Jews of Veisiejai including many Kukliansky relatives were murdered on November 3, 1941, in Kaktiškės. Although many years have passed, 70-year-old Moshe Kuklianskis remembers everything clearly. As the only survivor still living, now in Israel, he shared his testimony for use in a documentary filmed on location at all the sites just mentioned, with the participation of a large group of the now grown-up children and grandchildren of Moshe, Ana and Samuelis Kukliansky and the descendants of their rescuers.

Veisiejai is a small town located partially on a peninsula jutting into Ančia Lake halfway between Druskininkai, Lithuania, and Sejny, Poland. Jews were granted the right to settle there in the first half of the 18th century. By the end of the 19th century about 63% of the 1,540 residents were Litvak Jews. They used to joke that if you threw a stone in any direction, it would hit a Jew. The majority of the towns other residents were ethnic Lithuanians and the peasants in surrounding locations were as well. According to a Jewish man who moved to America from the town of Kalvarija, Lithuania, not far from Veisiejai, local Jews all spoke five or six languages, including Yiddish, German, Lithuanian, Polish and Russian. Lithuanian peasants provided the means for making a living for many. Jewish merchants from Veisiejai used to buy grain and raw materials from them and transport the goods to Grodno, Belarus. There was a market day every week in Veisiejai. Local farmers and peasants used to come to buy as well as sell. The local Jews spoke with them in Lithuanian. 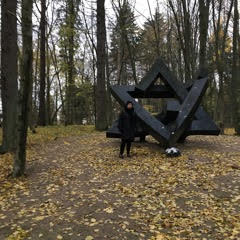 Star of David marks the site of the mass murder of the Jews of Alytus. Some sources say between 60,000 and 70,000 Jews from the surrounding areas were murdered in the Vidzgiris Forest near Alytus.