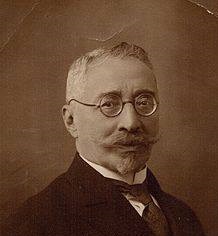 In her memoirs Alexandra Brushtein, the only child of famous prewar Vilnius doctor Jakub Wygodzki, said her father was the only person who could explain to her why one or another person is stupid. She said it was sad her father didn’t have time to talk with her because he was a busy doctor.

Besides being a doctor, Wygodzki was a member of the council for the restoration of Lithuanian statehood, the minister for Jewish affairs in the first government and the chairman of the Vilnius Jewish Community.

But he is best known because of his good heart and selflessness. He treated poor patients and came back from operations at night so tired he couldn’t eat. Later, in old age, he saved Jews fleeing persecution, and his life was cut short at the Gestapo prison in Vilnius.