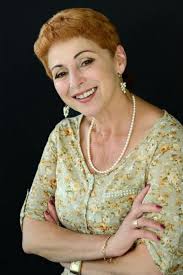 The Lithuanian song and dance ensemble Fayerlakh has been around for four and a half decades now and for the last 18 years has been led by the energetic Larisa Vyšniauskienė. The group which celebrates Litvak traditions is a frequent guest at different holiday celebrations in Lithuania but also performs abroad. Fayerlakh is one of the oldest ethnic community folklore collectives in Lithuania. It was formed in 1971 as a continuation of the Jewish cultural volunteer movement which was reborn after the war in Lithuania in 1956.

“It’s no accident this revival happened in Lithuania first, since even after the war in which millions of Jewish people were exterminated, there was still strong expressions of anti-Semitism in Russia, the Ukraine and Byelorussia. All sorts of low-lifes rise to the surface during wars, of course,” Vyšniauskienė said.