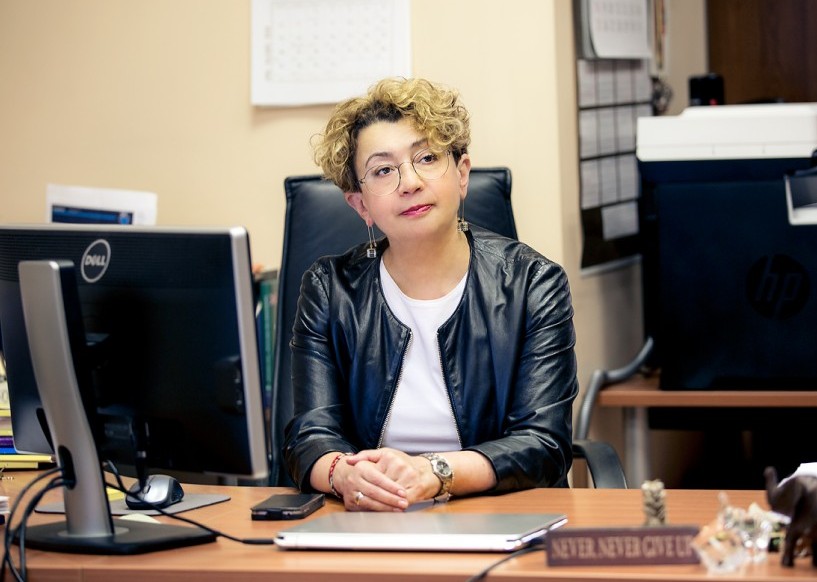 I would like to explain in an understandable way what the current situation is regarding the Lithuanian law on citizenship and its provisions affecting those who seek to restore Lithuanian citizenship without renouncing their current citizenship, whether that be of the Republic of South Africa, Israel, the United States, Great Britain or another country.

To begin, we are not at war, although it almost seems like a war for the Jews in South Africa, and the great majority of Jews in other countries enjoy a higher standard of living than we do. It is also clear the Lithuanian law on restoration of citizenship was not written especially for Jews. We, the Lithuanian Jewish Community, care about the Jews of the world and their legitimate aspirations to restore Lithuanian citizenship. The first question which undoubtedly comes up is, when exactly did Jews lose that citizenship?

It has become clear the Lithuanian interior minister, who executes the laws adopted by the parliament, did so in a manner not intended by legislators, and in a manner other than what the actual law prescribed. The Lithuanian Migration Department, which is directly subordinate to the Interior Ministry, began to demand from applicants for Lithuanian citizenship things which are not called for in the law.

To make it simpler, I’ll provide a few examples. The life of a girl who was born right before World War II was saved by throwing her over the fence of the Kaunas ghetto. A Lithuanian man adopted her as per earlier agreement. Now, this woman, a victim of the Nazis and a Holocaust survivor, must explain in fine detail why she, having survived the ghetto, saved and raised by strangers, might have felt “real fear” and therefore left Lithuania. Her spouse, born in Russia because his parents were evacuated and thus not murdered, was told he must explain why they left occupied Lithuania, since Jews were allowed to leave the USSR. I wonder if ethnic Lithuanians wouldn’t have left at that time, had they been allowed to leave the USSR. A person who fled an occupied territory is being told he must explain why he left, and whether his leaving constitutes “withdrawal.” Some left, some didn’t, some lived, others were shot. The father of a two-year-old girl receives Lithuanian citizenship under law and applies for restoration of his daughter’s citizenship, but the girl must explain why her great-grandfather left Lithuania for South Africa, because her citizenship is supposed to be restored under a different law… A woman whose interwar passport listed her ethnicity as “little Jew-girl” was successful in showing she fled anti-Semitism, while others whose passports didn’t contain that sort of ethnic epithet were not successful in claiming they left because of anti-Semitism. I think this is just absurd, I can’t see it as anything else. A woman who was born in Vilnius wants to restore her Lithuanian citizenship, but when she was young she went to study in Germany, before the war, met an Indian man there, and came back to Vilnius, to her parents, who were later murdered in Ponar. She gave birth to a son and they returned to Germany to continue their education. Now she has to explain why she couldn’t come back from Germany after 1936? And why should a Jewish girl with a newborn baby come back to Lithuania, where after a short while both her parents were murdered?

At times these requirements for applicants appear cynical and insulting. What’s the solution? I’m skeptical about parliamentary supervision. The parliament can’t supervise everything. I think if the implementation of the Lithuanian law on citizenship is out of sync with the spirit and intent of the law, the law should be made more explicit so that even the interior minister might understand it. Or we need to appoint interior ministers for whom we don’t need to amend laws, the kind who know how to read and understand the law as it is written.

We are speaking of those who left in the period between the two world wars. We know the great contributions made by Lithuanian Jews to the creation of the Lithuanian state and know that the Lithuanian Jewish Community was exterminated and had no time to flee, that almost everyone was murdered except for those who managed to hide or were rescued, or by some miracle survived the concentration camps. After the extermination of the Jews of Lithuania, to make this sort of decision today on Litvaks who want to come back to Lithuania, to close the door on them, to prevent the Lithuanian Jewish Community from welcoming into our ranks Litvaks who are citizens of another state and who want to become Lithuanian citizens–this is a stupid and short-sighted political decision. This decision is impossible. Of the Jews who lived in Lithuania before the war, only 5% survived. I want the minister or any other politician to explain to me how someone could be part of that 5% not having left Lithuania. If a Litvak cannot explain all of the circumstances surrounding his leaving the country, he is refused citizenship. This is truly an unjust and unfair political decision. The individual who applies for restoration of Lithuanian citizenship becomes a hostage to the minister’s knowledge of history and his attitude towards Jews. We are not complaining about your average public servant, but the law formulated by the interior minister. This is a policy, and inappropriate public administration.

I feel that after consideration by the parliament’s European Affairs Committee, the interior minister must immediately make a decision, because people have been waiting for three to four years now.

The Lithuanian Jewish Community is a small one today. Jews from Russia make up the majority, whom we love as our own. Would it be a bad thing if the community’s ranks grew to include people from Lithuania now living in South Africa, the USA and other countries? Do the goals of our community really differ from those of our country, from Lithuania’s goals?

There’s no need to fear-monger that a Jew who receives Lithuanian citizenship will immediately ask for restoration of property. Those who left before 1940 mostly sold their property. Those who had their property illegally seized and who were not citizens of Lithuania by the end of 2001, the deadline set in the law for property restoration, in accordance with the findings of the full collegium of the Lithuanian Supreme Court, don’t have the right to even file an appeal with the courts for extending the deadline for submitting applications. In other words, the door has been closed for that for all time, but that doesn’t mean the world Jewish organizations are abandoning the issue or will ever do so. On June 22 and 23 two commissions will meet at the Lithuanian Government to address the issue, an international commission formed to work on this problem and the World Jewish Restitution Organization. The commissions are not considering citizenship, but are working on issues surrounding the occupations, the Holocaust and property restitution.

I must apologize to the new interior minister. This is not personal. But we can’t push everything onto the courts. An individual only goes to court after a decision is issued by the interior minister which he believes violates his rights. The minister’s decision comes first, the court verdict only after that. The worst thing is that our country’s opinion on the issue of citizenship changes constantly and completely unpredictably, without any attention paid to the history of the country or the suffering of its citizens. Lithuania is not India, where in Bombay [Mumbai] alone more than 20 million people live. Lithuania is a small state plagued by the misfortunes of history. Why aren’t we concerned with making its future a dignified one?