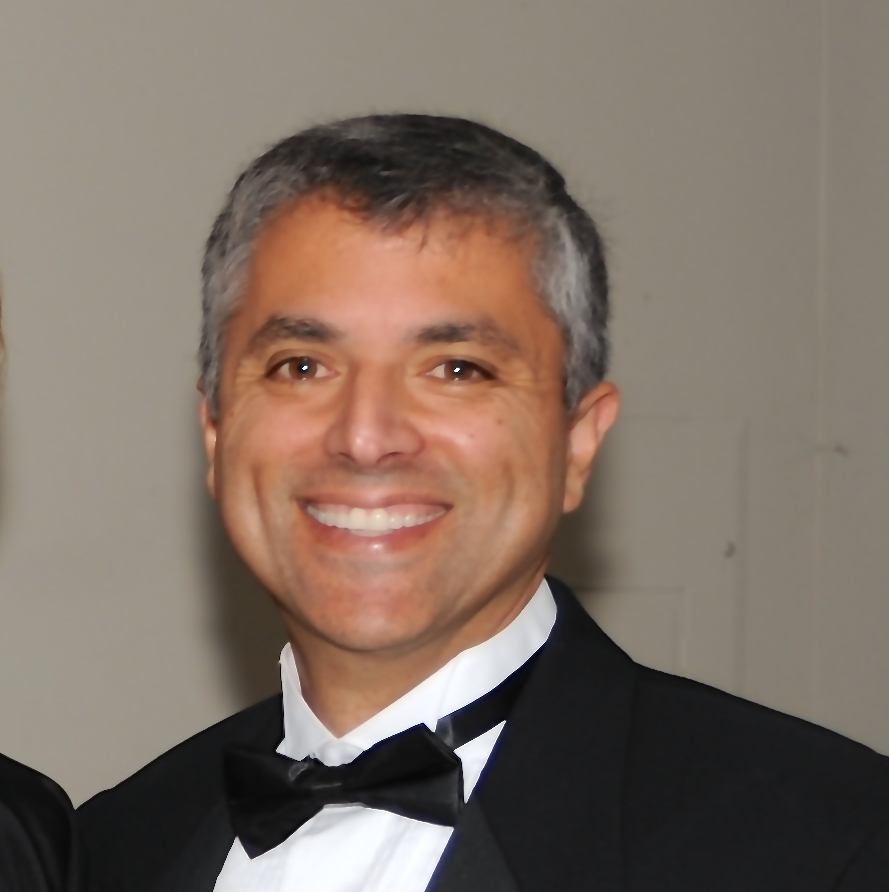 Lithuanian officials state that Jews were not oppressed in Lithuania:

In an astonishing display regarding the ignorance of rampant anti-Semitism in inter-war Lithuania, Lithuanian Foreign Minister Linas Linkevicius stated that there was “no violence, repressions or anything like that at the time”, against Jews in Lithuania during the period 1918 – 1939. Based on this assumption, Lithuania intends to deny citizenship applications for descendants of Lithuanian Jews. The belief that Jews did not suffer enough, in Interwar Lithuania, to warrant citizenship is simply preposterous.

At the beginning of the 20th Century, Jews represented about 14% of Lithuania’s population. In May 1915, the Czarist regime deported and exiled approximately 100,000 Lithuanian Jews to the Russian interior. After the war ended, Lithuanian Jews, who had lived in Lithuania for centuries and often constituted half of the population of many towns, were promised that the new independent Lithuanian state would be tolerant to minorities. Jews provided considerable political support for Lithuania in international forums and enlisted into the Lithuanian army to defend their country’s independence. A great many war medals were awarded to these soldiers for their extraordinary bravery and many lost their lives fighting for Lithuanian independence. In return for their contributions, the government granted full autonomy to the Jewish community and created a Cabinet-level Ministry for Jewish Affairs. Unfortunately, these promises were not kept; in 1923 funding for this Ministry was withdrawn, and in 1924 the Ministry was abolished. Sadly, the Ministry had served little purpose, because in 1923 the Lithuanian Government reportedly rounded up and expelled Jews whom they considered to be “alien”.

These actions constituted the first high level Governmental official acts of discrimination. However, they were in tandem with anti-Semitic conduct by the Government bureaucrats who were to adjudicate the return of the Lithuanian Jewish deportees. As this was the period of Stalin’s first Holodomor in Ukraine, Jewish returnees from deportation had an opportunity to live if they reached Lithuania, while Lithuanian Jewish deportees unable to return from Ukraine were unlikely to survive that enforced famine. Committing official acts in the name of the State, Lithuanian officials refused re-entry to less desirable Jews, effectively condemning them to death by starvation. My own family was among those whose deaths were caused by deliberate official actions.

Under the 1922 Constitution, the second Lithuanian Parliament was in power from 1923 until May 1926. That Government promoted ethnic Lithuanian interests, forbidding any business on Sundays, imposing discriminatory taxes on Jewish artisans and merchants; and requiring that all commercial records, correspondence, signs, advertising, and other public notices be only in the Lithuanian language. This was in direct opposition to the earlier promises made to Jews. Some Lithuanians began to smear tar on Jewish businesses and on professional notices which were written in Yiddish. There were a number of Lithuanian towns where prejudicial activity against Lithuanian Jews were also practiced, with tacit support of the Government. Jews were slowly being excluded from the economy. These deliberate acts of excluding Jews from a livelihood, forced Jews to consider emigration.

Beginning in 1926, unofficial actions were pursued to deny Jews a presence in public life. Jews serving in the police force and army were steadily discharged. Educational institutions adopted quotas to reduce the percentage of Jews in professions, and authorities were encouraged to adopt policies designed to reduce the number of Jews who could be lawyers or doctors.

These official anti-Semitic actions were supplemented by a virulently anti-Semitic propaganda campaign led by a government-supported nationalist organization called “Verslas,” whose motto was “Lietuva Lietuviams”” (“Lithuania is for Lithuanians”). The meaning of Lithuanians in this context is ethnic Lithuanians, not Lithuanian citizens or minorities in Lithuania, it is a specifically racist statement. This motto continues to be used in Lithuania today for racist, ultra nationalist demonstrations. Verslas stridently demanded boycotts of all trade with Jews. Although the group supposedly was independent of the government, it was in fact closely tied to the government leadership. The group’s general secretary was a leader in President Smetona’s party, and their Honorary President was the then Deputy Minister of Finance. In early December 1934, the government radio station broadcast vociferous anti-Semitic speeches given at a Verslas conference that called upon the Lithuanian people to boycott Jews in every branch of life. These calls were broadly successful; as the number of Jewish businesses halved.

Lithuanian political life was not monolithic, and complicity in oppression was not universal. However, the broadcasts from the Government radio station, carried an official and sanctioned imprimatur.

The efforts to limit Jewish participation in the country’s political and economic activities would have been enough to “encourage” Jews to emigrate. The plight of Jewish citizens was worsened by private actions designed to harass and terrorize the Jewish citizenry.

One of the most potent instruments to inspire individual hostility toward Jews was the ancient blood libel accusation. Blood libels in Lithuania during this period took place in Sveksna in 1922, in Linkuva in 1924, in Seduva in 1931, in Pandelys in 1932, and in Vainutas in 1939, in addition to others.

Some examples of attacks against Jews during this period may be found here: http://evaldukas.livejournal.com/47733.html

As early as September 1923, nationalist Lithuanian youth defaced synagogues and other Jewish institutions and injured 20 Jewish citizens. Jews, who had been victims for hundreds of years, could begin to sense a doomed future, and therefore began to leave Lithuania in order to protect their families. Anti-Jewish action was widespread. It was prevalent not only among the lower echelons of society, but even the national hero Steponas Darius, whose face appeared on Lithuania’s 10 Litas banknote, participated in anti-Jewish activities. Sadly, this fact has been made irrelevant in modern Lithuania.

Some of the public supported these suggestions. They reacted by violently destroying Jewish cemeteries and other Jewish properties including synagogues. Emigration was now the only way to ensure Jewish lives were safeguarded. There was little or no reaction on the part of the authorities. Anti-Semitic riots broke out in Plunge in 1935. Additionally, in December 1935, in two small towns near Telsiai, Lithuanians attacked and injured 32 Jews, and murdered one. The leaders of the pogrom called for more violence, terrifying Jews throughout the region. Future doom became progressively apparent.

By 1936, the Nationalist Lithuanian establishment used administrative ploys to prevent Jews from being elected to Seimas, and in 1938 they succeeded in amending the Lithuanian Constitution to exclude minority autonomous rights.

The cumulative effect of the state-sponsored and private efforts to marginalize, harass, and terrify the Lithuanian Jewish population caused many Jews to seek to emigrate to more tolerant countries. The United States had accepted waves of Eastern European immigrants prior to the First World War, but severely limited immigration in the 1920s. In the 1930s, one of the few countries that would accept Lithuanian Jews was South Africa. Approximately 90% of South African Jews are of Lithuanian heritage.

From 1938, oppression of Jews progressively worsened. On June 15, 1940, Soviets invaded and occupied Lithuania. Jews suffered disproportionate oppression under the Soviets. More than 96% of the Jews remaining on Lithuanian territory thereafter, were murdered. This occurred often at the hands of Lithuanians, not at the hands of the Nazis. Lithuania suffered the highest murder rate of Jews in Europe during the Second World War. Comparing the murder statistics, it is ironic indeed that a Jew in Nazi Germany had a better chance of survival than a Jew in Lithuania.

Lithuanian Foreign Minister Linas Linkevicius’s statement that there was “no violence, repressions or anything like that at the time” is erroneous. Lithuania is using that statement as a pretext to exclude Jews from citizenship. Lithuanian Law claims that if Jews were forcibly exiled after June 15, 1940, then they could apply for citizenship. Lithuanian officials fail to recognize that almost every Jew who meets this citizenship criteria, lies in murder pits that litter Lithuanian lands which are soaked with Jewish blood.

Lithuanian law does not give Migration Department clerks guidance as to an objective standard of persecution required for citizenship restoration; these criteria are left to low level individual employees, who have a historical predisposition of denying applications by Jews. By any objective standard, the treatment of Jews during the interwar period amounts to extraordinary governmental, political and ethnic persecution of this minority population.

Grant Gochin is a Wealth Advisor and Financial Planner in Los Angeles. He is the author of “Malice, Murder and Manipulation”. Mr. Gochin may be reached at ggochin@gmail.com