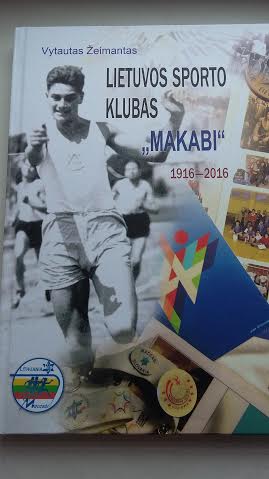 A large group turned out for the launch of the new book “Lietuvos sporto klubas ‘Makabi’ 1916-2016” [The Lithuanian Athletics Club Makabi, 1916-2016] at the Lithuanian Jewish Community on the last day of February, 2016. The appearance of the book is a milestone not just for the Lithuanian Jewish Community, but for Lithuanian sport as a whole, because Makabi is the oldest athletics club in Lithuania. The book tells the story of the origins of Makabi a century ago, activities in the first Lithuanian Republic, how the club was reconstituted after Lithuanian independence from the Soviet Union and its activities since then over the last 25 years. It includes information on Makabi’s participation at European and World Maccabiah Games and other sporting events, and showcases athletes. The book is richly illustrated with photographs depicting the history of Makabi.

This year is the 100th anniversary of the club, which began in German-occupied Vilnius. On October 23, 1916, the Makabi Jewish Sports and Gymnastics Association was established in the ancient Lithuanian capital. Kaunas Makabi was established in 1919. The entire Maccabee athletics movement took place as part of the early spread of Zionism. 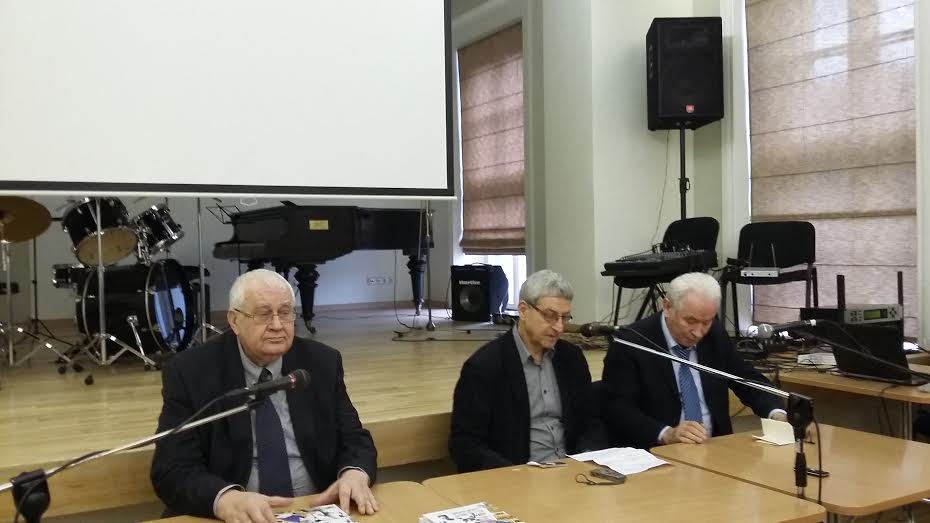 The audience included staff and management from the Lithuanian Jewish Community, Goodwill Fund director Vytautas Višinskis, head of the Kaunas Jewish Community Gercas Žakas, principal of the Vilnius ORT Sholem Aleichem Gymnasium Miša Jakobas with his wife; Sergejus Kanovičius who came all the way from Brussels, historian and author from the Vilna Gaon Jewish State Museum Irina Guzenberg and a large number of current and former Lithuanian and Jewish athletes. 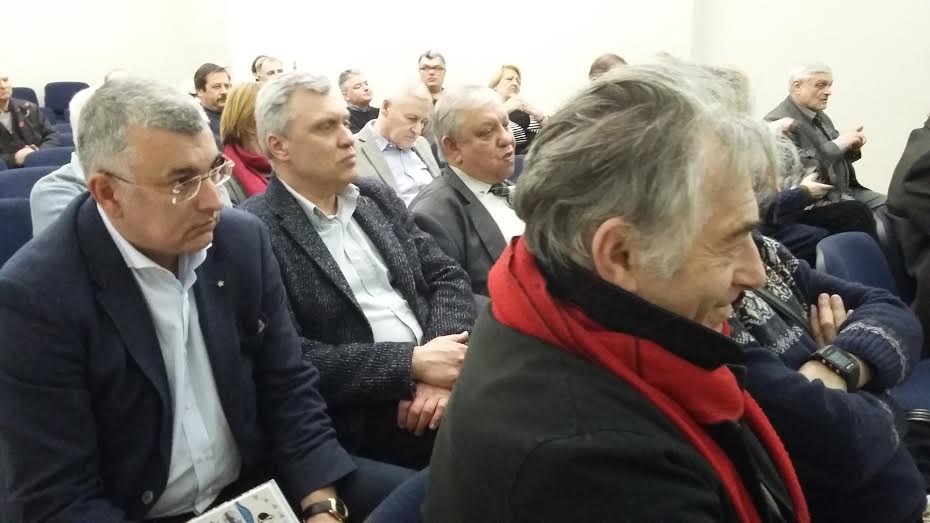 Makabi Club president Semionas Finkelšteinas began the presentation with a very short video which included the Lithuanian Makabi team raising the Lithuanian flag at the World Maccabiah Games in Israel in 1989, when Lithuanian independence was still only an aspiration. It was a brave move for the club, which was only reconstituted in January of that year after a hiatus spanning the entire Soviet period. It was also a bit of a diplomatic coup for those supporting Lithuanian independence from the USSR because the International Olympic Committee officially recognized the competition and the Makabi team as being from Lithuania, distinct from the Soviet team.

“In the 1920s and 1930s the Makabi athletics movement was highly active,” Vytautas Žeimantas wrote in the book. “Jews cultivated different kinds of sport, and some of them in track and field, bicycling, boxing, swimming, table tennis and chess frequently took first place, becoming Lithuanian champions and record holders.”

Finkelšteinas said Makabi’s rich history before World War II faced two major obstacles to its continuity: the Holocaust and the Soviet period. During the Soviet era, he explained, it was impossible to organize any sports team on ethnic lines. In short, it was impossible to form a Jewish soccer team. After a comprehensive and humorous presentation of both the history of Makabi and the book, Finkelšteinas lamented that most of the pre-war information and files on the club are in Yiddish, and that the number of Yiddish speakers in Lithuania is small, aging and disappearing. He expressed the hope the Lithuanian Jewish Community and Sholem Aleichem Gymnasium would help foster new Yiddish speakers so the rich history of the club could be translated and not be lost to history.

“Makabi’s rich history can’t be lost, there are still many unpublished facts and interesting matters which need to be translated from Yiddish,” Finkelšteinas said. 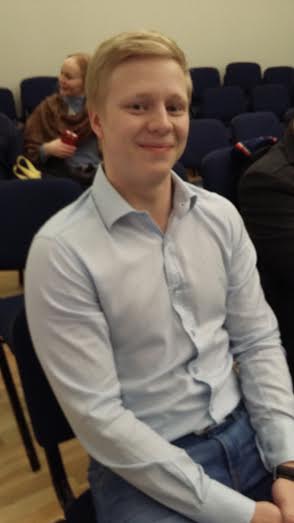 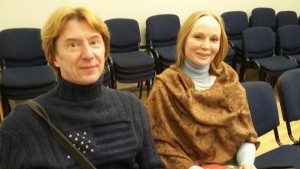 Attending the book launch with his parents was the youngest Makabi champion, Andrejus Fadejevas, who has won 15 medals.

Publisher Jeronimas Liaučius said if it hadn’t been for Finkelšteinas’s encouragement and Žeimantas’s stubborness, the book would never have appeared.

Maša Grodnikienė, deputy chairwoman of the Lithuanian Jewish Community, came to the podium following the presentation with book in hand and said she had two humble suggestions, not criticisms: she thought the book should have an alphabetical index, and she felt there should be an English translation to make the history of Makabi accessible to the outside world.

Sergejus Kanovičius gave a brief but moving speech in Lithuanian and Hebrew and called for a moment of silence to remember the victims of the Holocaust. His father was instrumental in reconstituting the club back in January of 1989, and Finkelšteinas said Sergejus’s speech reminded him of the speech his father the writer Grigorijus gave then, after which there was a vote unanimously in favor of restoring the pre-war Lithuanian Jewish athletics club.

“What seems at first glance a simple fact, the reestablishment of the Makabi Sports Club, I see as very clear if quiet victory of justice. And despite all of it we survived, we weren’t broken, and concluding his speech Grigorijus Kanovičius said exaltedly: ‘Am Israel Chai!’ The nation of Israel lives!” After that speech, everyone approved unanimously the reestablishment of the pre-war Lithuanian Jewish sports club, Sergejus Kanovičius and the other speakers on the panel recalled.

Miša Jakobas addressed the audience and hailed the appearance of the book.

Faina Kukliansky, chairwoman of the Lithuanian Jewish Community, spoke from the podium, welcoming the book and expressing the hope Makabi would attract more young athletes in the future. Kaunas Jewish Community chairman Gercas Žakas recalled Makabi’s rich history in Kaunas and its meaning for Lithuanian Jews; following the establishment of the Kaunas franchise clubs began to appear in smaller towns and villages. Celebrated animator and artist Ilja Bereznickas, who is also an athlete in several sports within Makabi and a Maccabiah Games champion, attended the event as well. He created the cover for the new book featuring a photograph of the runner I. Kugelis, who broke the Lithuanian record for speed in 1934.

The Goodwill Fund supported the publication of this book.