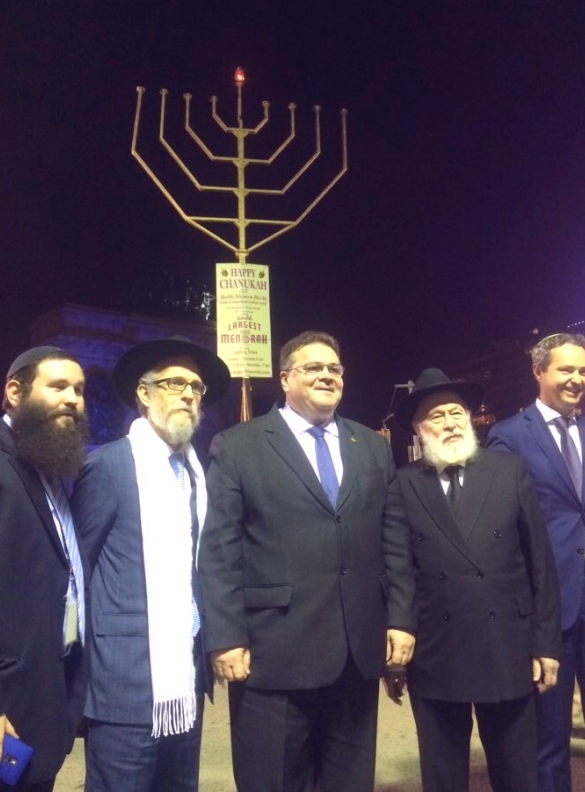 VILNIUS, December 11, BNS–Lithuanian foreign minister Linas Linkevičius
lit the world’s biggest menorah in New York as part of his official visit to the United States. During the festival in New York Linkevičius said the people of Lithuania were discovering their rich Jewish heritage and taking pride in the significant contribution of Lithuanian Jews to world culture, the Foreign Ministry reported.

The nearly 10-meter-tall menorah in Grand Army Plaza at Prospect Park in Brooklyn, New York,
is considered the largest in the world. Inviting guests to light the menorah has been practiced there since 1985, the press release said. This annual menorah-lighting ceremony takes places during the eight-day holiday of Hanukkah. This year Hanukkah is celebrated from December 6 to 14.