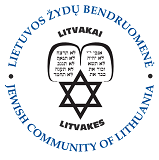 The Lithuanian Jewish Community responds to a report presented by the Center for the Study of the Genocide and Resistance of the Residents of Lithuania about the activity of Jonas Noreika in Nazi-occupied Lithuania during World War II. The report is available in Lithuanian on their website:

To: Teresa Birutė Burauskaitė, director
Center for the Study of the Genocide and Resistance of the Residents of Lithuania
Didžioji street no. 17/1, LT-01128 Vilnius

CC: Office of the General Prosecutor of the Republic of Lithuania
Rinktinės street no. 5A, LT-01515, Vilnius

Office of the President of the Republic of Lithuania

Government of the Republic of Lithuania

Parliament of the Republic of Lithuania

Re: Activity of captain Jonas Noreika, officer of the Lithuanian military, during World War II

Excerpts of a report by the Center for the Study of the Genocide and Resistance of the Residents of Lithuania (hereafter the CSGRRL) on the activity of captain Jonas Noreika, an officer of the Lithuanian Military, during World War II, have appeared in the media. The Lithuanian Jewish Community has repeatedly approached Lithuanian law enforcement institutions regarding the actions of this person but only received formulaic responses. We last attempted to do so following the publication by the journalist Rimvydas Valatka and a statement issued by a group of intellectuals. The prosecutor declined to open a pre-trial investigation of the deceased person (paragraph 7, article 3 of the criminal code of the Republic of Lithuania).

The report by the CSGRRL states: “In summary it can be stated that during the period of German occupation Jonas Noreika did not participate in operations to exterminate Jews en masse in the districts of Telšiai and Šiauliai. Even so, the Nazi occupational regime succeeded in involving him, as it did other officials of the Lithuanian civilian administration, in ordering affairs connected with the isolation of Jews.”

It appears to us, the Lithuanian Jewish Community, that this assessment of the actions of Jonas Noreika is very contradictory. From the linguistic perspective, one sentence contradicts the other, and from the legal perspective, imprisoning Jews in ghettos, or any other kind of “isolation,” or “ordering of affairs connected with the isolation of the Jews,” is nothing other than the extermination of Jews. Perhaps the CSGRRL might like to explain more fully what happened to those isolated Jews, where have they and their belongings gone? And more generally where did the Lithuanian Jewish Community isolated during World War II with all the homes where they lived and their property and so on disappear to? Is this not called a crime against humanity, genocide, a crime without statute of limitations? Do people deserve to be honored and have schools named after them in Lithuania for these kinds of “orderings of affairs?” And will the children studying at those schools also call imprisonment in ghettos “affairs connected with the isolation of Jews” and believe that people show receive awards as heroes for such deeds?

It also remains unclear to us why exactly Jonas Noreika was arrested and sent to Stutthof concentration camp, which orders from the German civilian administration did he fail to carry out?

We also perceive a contradiction in that some of the claims are based on the memories of separate individuals while others are based on documents.

In the final event, even if we admit that until now Jonas Noreika has not been convicted of a crime, is he a hero? The question is rhetorical of course. In these sorts of circumstances it is impossible to talk about the existence of Holocaust education. All we have now is “the ordering of affairs connected with the isolation of the Jews.”